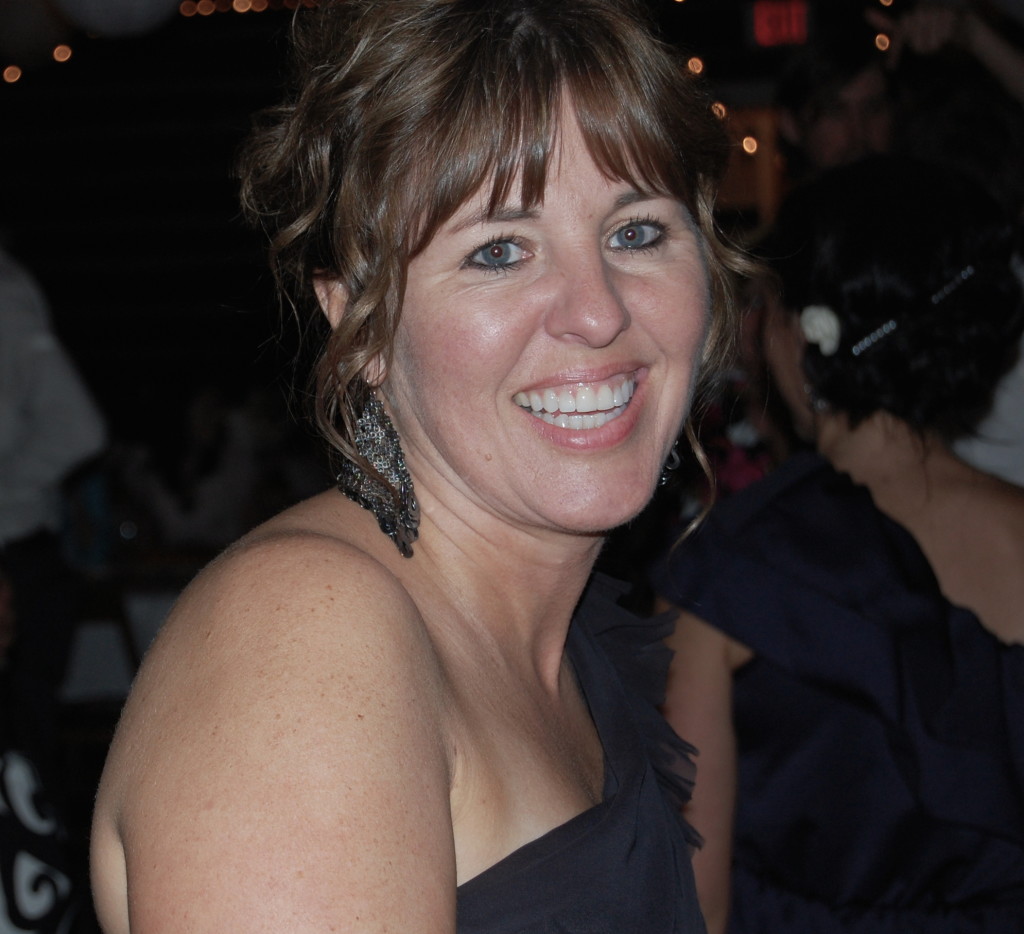 “I seriously thought I might die,” she told me this morning. “Three straight days of intense pain like that will make you crazy.”

My sister, Trina, had brain metastases, also known as “brain mets” show up on a recent scan. She has had one before. This time there were two. Brain mets are cancer cells which have spread to the brain from primary tumors in other organs of the body.

They were a problem and they needed to go. So a couple of days before Thanksgiving, she had them blasted with an advanced radiation treatment called a “Gamma Knife.”

She felt great on Thanksgiving Day, but on Black Friday and the two days following, she was laid up in bed. Hurting something fierce due to swelling in her brain, she eventually had to go to the ER.

And then she said what I had never heard her say.

“While I was stuck in that tube…I had an overwhelming fear that I might actually die from this disease.”

Some things are so hard to hear – probably even harder to say.

She told me that before this day, she hadn’t really had this thought before, which is something I find both scary and inspiring.

Last year, almost to the day, I published the blog article, A Brother’s Cancer Request: Please Pray for Trina. In that article, I told you about my sister’s condition, about our abusive past, and about our special bond as brother and sister; like war vets who’ve battled together.

Together, we’ve overcome a lot. But here’s the trouble with this type of overcoming; you don’t pay attention when something hurts. Too much suffering will override your internal pain barometer and you’ll ignore a blister until it becomes an infected wound.

“I think the abuse made us forgetters,” she told me. “You deny how you feel. You keep yourself busy and then life ends up becoming this…I want to have fun all the time so I don’t have to face real life…kind of thing. Because you’ve already done your fair share of pain, so why should you have to do it again?”

I listened. I let her talk. I could tell she was on to something.

“I know I minimize what’s going on, but here’s the thing – when I ignore the cancer, I stop talking to God about it. So when I was in that MRI machine, I felt panic. I felt fear. I felt…

Separate from him. And I was terrified. So I can’t keep ignoring this. I need to face it.”

A couple of years ago, my friend, Kelle Hampton, wrote a memoir about having a daughter with Down Syndrome. In Bloom: Finding Beauty in the Unexpected Kelle talks about not allowing the beauty of Nella’s life to be eclipsed by the diagnosis of Down Syndrome. Several internet trolls scrutinized her approach, saying it was too “pie in the sky.” But I say, GOOD FOR HER! Refusing to allow a diagnosis to define her daughter’s life does not mean Kelle won’t live with the effects of this diagnosis. She will. But like her, each of us must find a healthy balance.

We must face our problems, but we should be careful how long we stare at them.

“I’ve always felt so invincible,” Trina told me. “Even when I was going through chemo I kept thinking, Of course I’m going to beat this. But now I think God is saying, We need to talk about this more. Let me help you find peace.

“I know God wants me to go there with him, because when I come to the end of my life, it will just be me and him. There’s no one else.”

We both sat quiet for a moment. And then I heard her giggle into the phone.

“Are you at Starbucks?”

“Because I hear Rudolph the Red-Nosed Reindeer playing in the background.”

Life can be so rude, can’t it? Just like the radio. No manners at all. Not an ounce of consideration for our worries over cancerous tumors or swelling on the brain.

I hear her giggling again and I feel so much love for her in this moment. She really is something. Always has been. We laugh at the choice of music, which seems so inappropriate, but we’re doing our best not to stare too long.

My atheist friend, Kristin (which is how I always refer to her) and I were chatting about Trina the other night – about the things that make her who she is. Things like…getting married while having stage 4 cancer, or making friends with strippers and inviting them to church, or just enjoying her life…every single day.

“She’s living her damn life,” Kristin said. “Taking strippers to church, getting married, going on honeymoons and smiling her face off.”

“The way Trina is living her life; that is the definition of beating cancer. So you carry the bad days, Matt. You worry and be scared. Let Trina beat cancer, no matter what happens. That way even if she dies, she STILL beat cancer.”

I’m taking a moment to let this powerful thought sink in. And I’m pausing to say, thank you, my atheist friend…for believing in such a beautiful way.

A year ago, I asked all who were reading my blog to pray for Trina – that God would cure her cancer. I went out on a limb and asked even those who didn’t believe in God if they would suspend their unbelief for one night and cry out to God on behalf of my sister. So many of you did. And I was grateful for the love – for the hope.

For the faith of the atheists.

I feel great humility writing those words. I know some of you may not understand them, but that is between you and God. As for me, I gratefully accept every prayer offered for my sister’s healing; the prayers of saints, the prayers of atheists, and the prayers of the spiritual vagabonds like me.

While finishing this article, I received my second phone call of the day from Trina, because we talk on the phone…a lot.

“What do you want this time?”

“Do you even know how good life is?” she yelled through the phone. “The sun is shining, I’m able to drive myself around, I’ll probably go to work tomorrow…I even watched a video on YouTube about how to make venison. It’s all good. It’s soooo good!”

“You’re right,” I say back to her, smiling to myself.

“Wait…do you even know what venison is?” she asks.

And then I hear that laugh – it’s a laugh of victory. A laugh that doesn’t stare at this broken world for too long. A laugh that is beating cancer.