I am sitting in a chapel, staring at the ceiling where sturdy beams of dark wood are angled, reaching upward. There is a halo of space above them and light is flooding in through windows I cannot see. If it were Sunday, someone might be singing…preaching…praying. But it’s Wednesday. The prayers, music, and preaching have all seeped into the walls by now.

Three days ago, I arrived home from a camping trip to North Carolina. My youngest daughter and I made our way to a four-day spiritual retreat called the Wild Goose Festival. On the way down, we listened to songs and ate food that was bad for us. We also wandered through a few gas stations stocked with items we don’t see much where we live. There was beef jerky and such, so we knew we were getting close.

Driving our car into the woods, we unpacked our things near a river; a river I still don’t know the name of. Over the next several days, this gorgeous river would become my all-natural white noise machine. I would sleep like a baby to its song, something I wouldn’t have believed was possible for this toss-and-turner.

Before the weekend was over, I would say so many prayers in that river, not asking for anything in particular. I would sit in the strong current—feet planted firmly against a moss-covered rock—allowing only my prayers to be swept up into its flow.

I felt a bit melancholy over the weekend as messengers of God told us what was wrong in our country, our churches, and in the hearts of humanity. Some of them lit a fire under us, stoking our complacency into bright blue flames. They reminded us that we had been hurt. That the church had failed us, our families, and those broken people we’ve been trying to rescue ever since.

Brennan Manning often called himself a ragamuffin. Actually, he called all of us needy grace-people ragamuffins; the ones who have failed miserably at life and at God and at each other. Who’ve nearly drown in the despair of our botched attempts to live righteously, but somehow keep coming up for air. We are The Least of These; perhaps even the least of the least…the least of those.

But it seems that something in us knows something we don’t even really know. Because all of these years later, we are still searching. Camping out in the woods, staring up at the stars, hoping God will show up and love us until we learn to love ourselves.

We are ghosts in the woods, playing hide and seek with a grace that was made so elusive in our churches of origin. We have struggled to get our hands on it, yet we’ve never stopped searching for it. A part of that search is a grace in itself—a subtle awareness that what’s on the inside isn’t quite at home, is unsatisfied with the condition of our hearts, our spiritual communities, America, the world.

And so, we linger in these woods and we bark at the moon. We dance around fires until the bright blue flames warm something within us. For it is only then that we can fall asleep and dream the dreams of how things might be. It’s only then that we can believe we are the ones who can make it so. Who will make it so. The ones who will fight to clear a path so that others might find their way.

We are the hippies, the junkies, the questioners, the rabble rousers. We are the queer kids, the misfits and losers.

We are the ghosts in the woods, and we are searching for what was lost.

For as long as it takes, we will haunt these woods in search of that elusive grace. Until we can gather it in our arms and present it to the world.

Not even death will stop us. How could it? We’re already dead. And yet still, we haunt.

For we are the ghosts in the woods. 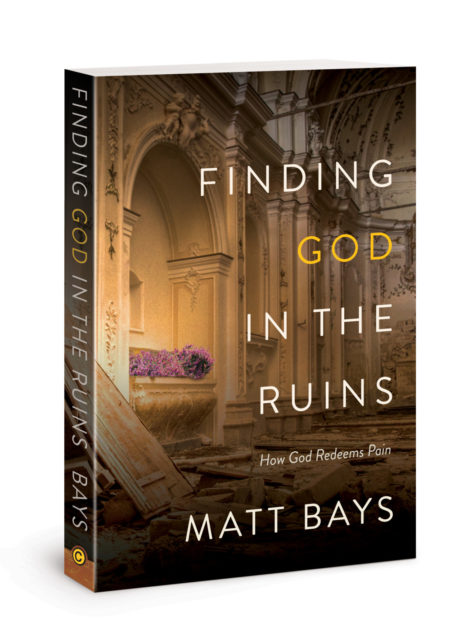