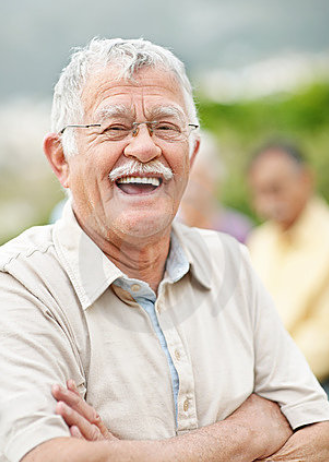 Unedited Mondays take two! I just set the timer on my phone for ten minutes.  Let’s see how this goes.

I watched the movie Religulous last night, and I suppose a good spiritual person like myself, who spends his life trying to get others to see God’s love as a reality, should be put off by such a movie.  In it Bill Maher does what he can to get Christian people to explain to him how a talking snake in a Garden of Eden and a god who can hear everyone in the world’s mumblings to him at the same time is any different than believing that Santa can shove presents down every chimney in America in one night.

His bigger question was “Why is faith such a good thing?”  He went on to say, “Everyone says ‘You just have to take it on faith…that’s why they call it faith.’  Okay, so why is it a good thing when I ‘just believe.’?”  I heard him loud and clear.  And while watching, I kept thinking,  I’m so glad he didn’t show up at my office because these are hard questions, and I wouldn’t want my answers to end up On Demand.

Then at about an hour or so into the movie he talked to this old Franciscan Priest just outside of the Vatican.  I wish I could remember everything this guy said, but he made me laugh hard because he didn’t pull any punches.  His responses to Bill went something like this: “I know, it’s crazy.  Don’t listen to those Christians, they’re kooks,” (of which he was one).  And when Bill said, “Do you think that the Jesus of the Bible would just be sitting inside that big old building?” (referring to the Vatican) the man promptly laughed and said something like, “No way – he’d probably be living out here in a suburb of Rome.”

I loved this old man.  I rewound him.  I took note of him.  He didn’t answer Bill’s questions.  He didn’t take himself too seriously.  He didn’t convert to atheism.  I wanted him to be my grandpa.  Grandpa Francisco.

As Bill confronted believers about why they believed, I paused to think about all that I believed.

(I just added ten more minutes to the timer…wow that went quicker than I expected.)

Most people ended up saying that beyond all of the questions they had an experience deep down inside of themselves, that they knew…was God.

“How do you know?” was Bill’s continual question, and it felt so fair to me – that his asking wasn’t mean or ludicrous or even just for movie ratings.  It felt legit.  Like some of the questions I have for God.

I’ve always heard “be ready to give an answer” and I get it.  It’s important to know why I think what I think.  But of all the people in this movie, who did what they could to answer Bill’s questions, the guy who came off the most like Christ to me, was Grandpa Francisco.  He was the one person who didn’t get wrapped up in Bill’s questions as much as he got wrapped up in Bill.  He was fond of Bill.  And Bill was fond of him.  I liked it.

I have often thought I wanted answers from God about the bad things in life.  Just tell me why and then we can get on with this relationship thing.  But the truth is, which answers would work for me?

Bill wanted answers when he began this documentary but the only person that I really saw him make a connection with was Grandpa Francisco, who never really answered his questions, but instead said, “You’re right…I know…it’s crazy.  All those people are crazy.”

I don’t know that answers is what we are all really after.  Personally, in my own searching, I think I was actually after proximity.  Closeness.

As it turned out, Grandpa Francisco was the hero of the movie for me.  His interview was the only one that made me proud of my faith in Jesus.  And he didn’t connect with Bill by pulling out a sheet of paper and writing out an equation that explained everything.  He laughed with him.  He made fun of himself.  He said, “I don’t know,” because he didn’t.  He was a 75 year old priest that had given his life for the sake of Christ, and he simply didn’t know for sure.

I knew so much more at age 23 than I do now.  At 42, I certainly have more questions than answers.  And the way to honor these questions (and perhaps my faith in God) is to not answer them before it’s time, knowing that it may never be time.

(Adding one last minute to the timer.)

Thanks for keeping it real, Grandpa Francisco.  Watching you laugh and be uncertain of all that you have given your life to, gave me permission to not have it all figured out.  Because nobody really likes a know-it-all anyway.