We are all the same when it comes to Life. We are all trying to do better. Trying to be good parents, friends, sons, daughters, husbands, wives—we are doing our best.

But our best doesn’t mean things will work out. Our best will often result in failure. Because sometimes our best turns out for the worst. And when it does, we struggle not to point our finger. We accuse and blame—ourselves and others.

There was a time when I didn’t know the things I was capable of. A time when I thought only bad people did bad things. I would watch a person fall, and think, “That will never happen to me. I’m self-aware. I’m not capable of such things.” But that was before alcoholism got a hold of me. That was before I stared across the table at my spouse and knew I didn’t have what it took to piece things back together on my own.

But somehow we held on. Some don’t. Some can’t. Or maybe they just hold on in a different way.

There’s something about growing older, realizing that we don’t have it in the bag—that we aren’t the heroes of our own stories. When you come to grips with all that you lack—integrity, knowledge, perseverance, enough love and hope to soldier on—that’s when you can look at someone else’s mess and know that their choices, random life circumstances, addictions, affairs, etc. are absolutely possible for you.

This moment of awareness is the beginning of wisdom.

A pastor at one of my churches had an affair, and in the aftermath, our church fell apart. At 28 years old, I thought he was different than me. I thought he was a mess of a person and I was nothing like him.

I didn’t cheat. Okay. Good for me. But I drank, didn’t I? And a bunch of other stuff. Several years later I came to understand that he was broken. And so was I.

Knowing what you’re capable of—this could save you a lot of trouble one day.

I now walk around with a sobering awareness for the brokenness of humanity. I’m rarely shocked by what others fall into, even those I know at a more intimate level. Why? Because I know what I’m capable of.

Yesterday, Glennon Doyle Melton, a popular christian blogger and author, shared the news that after being married for many years, she and her husband have decided to separate and are planning to divorce. This comes as a shock to many because her book on marriage will be coming out in a month. It’s also a shock because through Glennon’s blog, we’ve seen them work things out in healthy ways. There was openness. There was forgiveness.

And who am I to question that? Who am I to judge?

The truth is, I’ve never followed Glennon’s work closely. I know she has made a huge impact in the lives of mom’s, wives, women, and even men. She has a voice, a story, and uses it to call people out of their hiding places—something near and dear to my heart.

But deep inside, I was frustrated by this news. And without realizing it, I found judgment crouching in the corner of my heart, asking me to wager against the things I promised I’d never do—those awful things I once thought weren’t possible for someone like me. For an hour or so, I listened to this voice. I began to wonder how this happened to her. I wished they’d just get over themselves and hold it together. For the kids. Or maybe for me. This is the trouble with judgement—there are always hidden agendas that have more to do with me than with them.

BUT THIS IS NOT ABOUT ME. It is NOT my business.

And so, if I could say only 2 things…

…to Glennon. To my old pastor. To myself.

First I’d say, I understand. I’m capable of the same. I’ve done it too. I’m no better. You are a sister, a brother. And I do not condemn you.

And second, I’m hoping for you. Praying for you. And rejoicing as you rise up and keep moving forward.

I was recently watching the movie, Extrememly Loud and Incredibly Close. In it, a little boy, Oskar, loses his dad on September 11th. In the apartment building next door, Oskar meets an old man who doesn’t communicate, except by writing things down. Most of the questions Oskar asks the older gentlemen are answered with the words “Yes” or “No” which are written on the palms of his hands. I couldn’t help but think how nice this would be—to have only two words to say to people.

Then I got to thinking about judging Glennon. And I imagined being given only two words to say to her—one on each hand.

“Sorry,” would surely be one of those words. Because with so few words, it wouldn’t be possible to try making sense of someone else’s story. With only one word, I’d be forced to focus on her need. Her story. Not my conclusion. Not my judgement.

On my other hand, I don’t think I would write a word. Instead, I’d draw a very cheery smiley face, so I could rejoice with her when she was ready to rejoice. Because that’s what God does. He mourns with those who mourn, and then celebrates when we celebrate.

It doesn’t take much to be there for someone—to hold space as Glennon so often says.

So Dearest Glennon, I have no advice for you. And absolutely no judgement, my sweet sister of God. 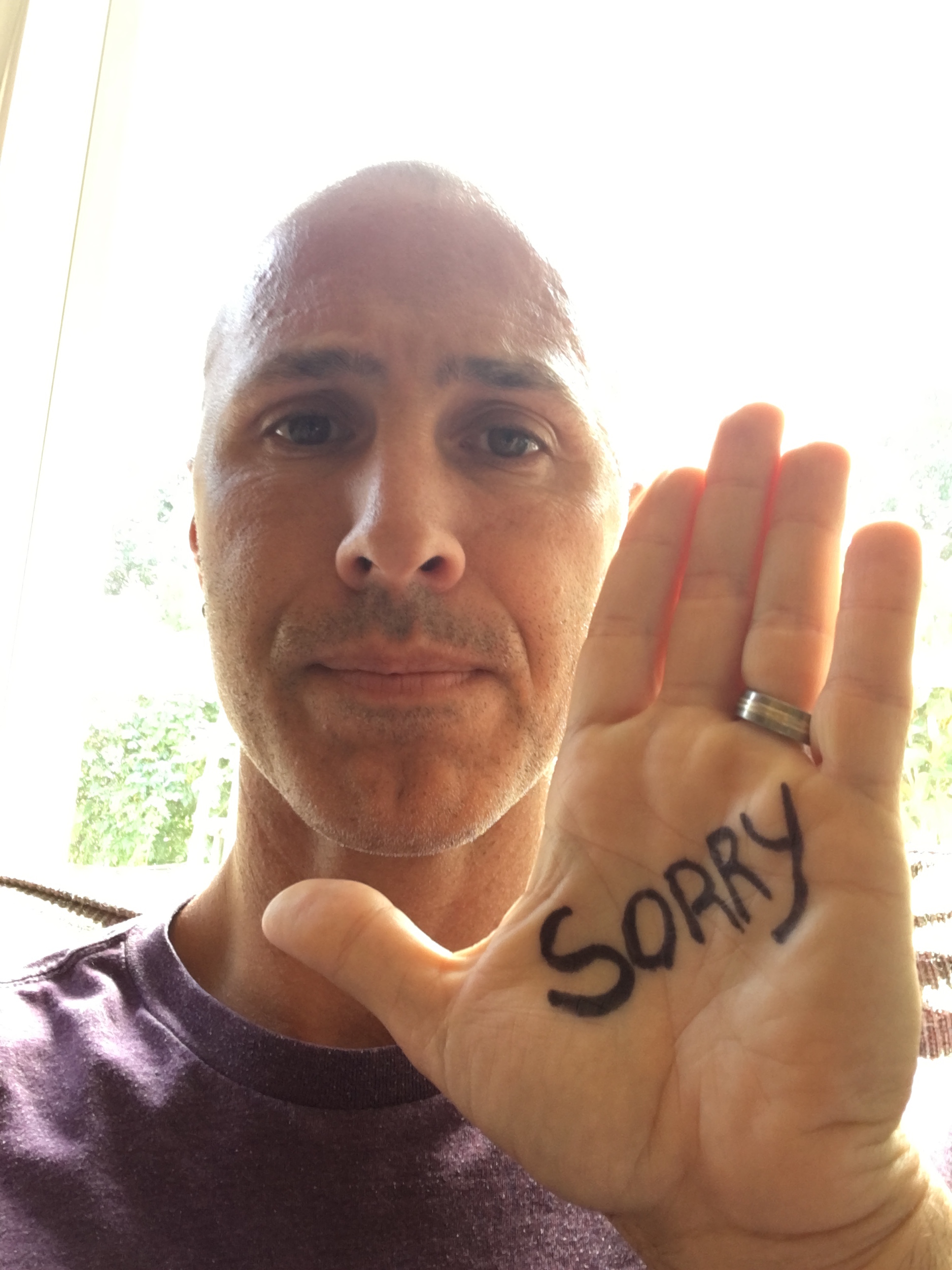 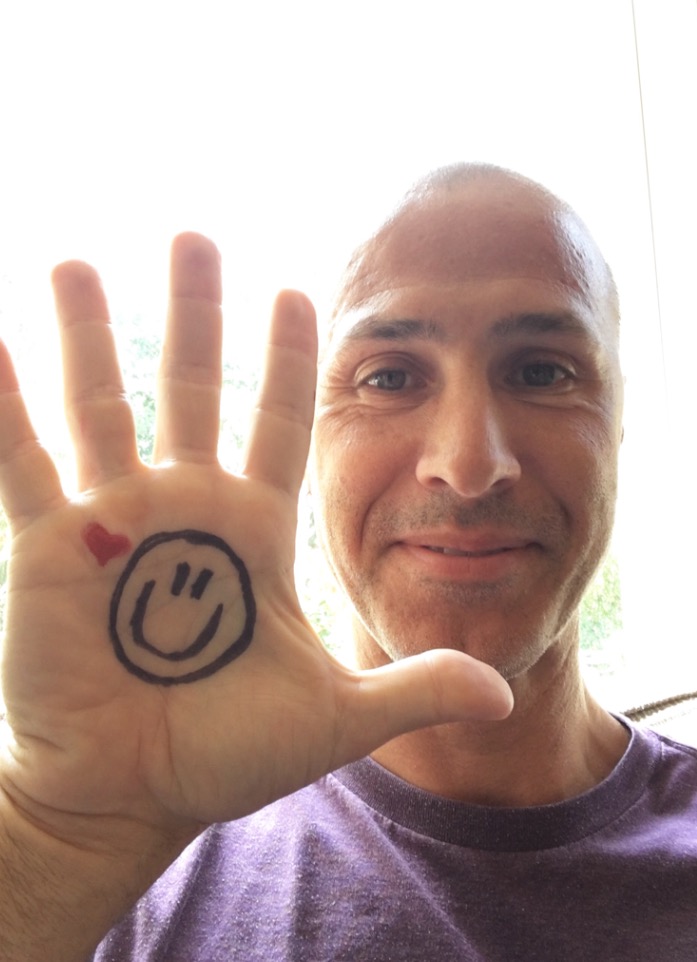