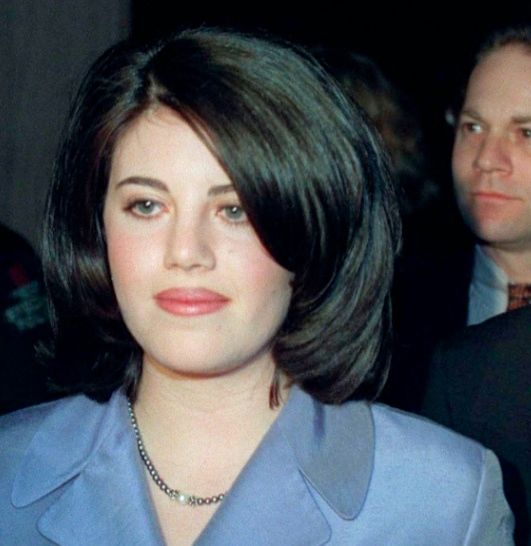 Monica Lewinsky was 22 years old when she was accused of bringing down the President of the United States.  I have very little interest in politics, so I’ve never had a dog in the fight when it came to discrediting Bill Clinton simply because he was a democrat, or any other politician because they were a republican.  I actually find some politicians to be likable minus their hate ads and the big fat lies that they tell.

Monica is now 40 years old and has recently published an article about all that happened with Bill back in 1995-96.  I was only a couple years older than Ms. Lewinsky when her life as she knew it was over, and I remember thinking, “She knew exactly what she was getting herself into.  She knew what she was doing.”  But 18 years later, I have other thoughts about what was going on between this young intern and the President of the United States of America.

When I was 29 years old I found myself vulnerable to a moral compromise that very nearly threatened the life I was living.  Years of baggage that had been neatly packed away on the private shelves within me needed sorting.  I had forgotten all about these old clothes, each one a poly-blend skeleton I had worn while trying to figure out who I was.  The smell of mothballs reminded me that things had been packed away but never taken to goodwill.  At 30 years old, had I been found in a weaker moment, I would’ve put on my old clothes and compromised my life as I knew it.

In the fall of 1985, the band, Mr. Mister, released the song, Kýrie, of which the words Kýrie, eléison meant “Lord have mercy.”  Verse one of that song said…

But in the fall of 1985, at fourteen years old, nothing hopeful was reaching into my soul.

There is a programming that happens within us as children.  In our families of origin we learn how to live, survive, fight, love, and grow.  But we also learn how to be dysfunctional.  As adults, we try to shed the parts of ourselves we don’t like – to become someone else, but the old fingerprints we thought were wiped clean are all over the windows of who we are years later, and are very difficult to see in our 20’s.

The programming that happened in our youth feels like hardwiring…so natural to us as we live out our dysfunction.  But hardwiring is not the problem.  Circuit override is the problem.

My wires were crossed for dysfunctional sex as a child.  Sex was still about intimacy, and in many ways still about love, but it existed within brotherhood rather than the safety of a healthy love relationship that wasn’t medicating a painful childhood.

In my 20’s, I expected that I had outgrown it, but I hadn’t.  When our wiring gets twisted we are often too quick to think it’s a thing of the past.  But then we smell the mothballs and we know something just ain’t right…because one day, perhaps 20 years after we’ve arrived into adulthood, a situation will present itself and circuit override knows exactly what to do.  We say “yes” when we mean to say “no.”  And as if we are in some kind of hypnosis, we put on our old clothes and do exactly what we know how to do – what were learned to do – what we were taught to do.

“Monica Lewinsky was of age.  She was 22 years old – an adult.  She knew exactly what she was doing?”  And yet all I smell is mothballs.

The accusations made sense to me when I was 22.  I agreed.  I don’t anymore.  I don’t know Ms. Lewinsky’s story – I don’t know her past.  I only know my own.  But I can tell you that I had no idea what I was doing at 22 years old.  I thought I did, but between the ages of 18 and 30 I existed solely in the world of circuit override, and because of the sexual abuse in my childhood if someone had pulled my pants down it would’ve been the most normal thing to me…so familiar…like someone shaking my hand or giving me a hug.

Monica Lewinsky was emotionally a child at 22.  God knows how I would’ve responded to an authority figure at that age.  And the reality is, our responsibility as older and wiser people is to set appropriate boundaries.  I realize Mr. Clinton was very likely dealing with his own demons, and I would never fault him for that, but there comes a time (for me it was in my 30s) when all that we thought life was, breaks apart, and we see the truth – that it’s simply not what we thought.  And in THAT space we have the choice of ignoring real life, or of facing the truth – that we are messed up and are each responsible for that messedupness.

As older and wiser people we will always be held accountable for exercising our authority over those younger than us in responsible, helpful and healthy ways.  So if a 22-year-old hits on me I’m going to immediately think, this poor kid has no idea who she is or what she’s getting herself into.  That’s what Mr. Clinton should have done, and I’m sure if he could have a do-over, he would do things differently.

Yes, we will (and should) face the consequences of the bad decisions we make at 18 years of age, since our consequences are a social and moral guide for us, but to think we understand life, missteps, tragedy, pain, human behavior and adulthood at the age of 18 or in our 20’s – and all that is related to our brokenness, is simply foolish.

Everyone has or has had a secret of some kind, so when I’m sitting with friends and someone says, “Monica Lewinsky knew exactly what she was doing.  She is nothing but a cheap, tawdry vamp who was intent on using sex to break a man,” I feel the desire to announce to the 20-somethings at the table, “It’s very possible that she was experiencing circuit override, and if you did something stupid at that age, it doesn’t make you bad, evil, worthless, shady, scheming, crude, unlovable, spoiled, or deceitful.  It just means you were in a state of broken limbo…recovering from whatever happened to you.  Don’t listen to them.  You are not Monica Lewinsky…Monica Lewinsky wasn’t even Monica Lewinsky.  Give yourself some time, and when recovery presents itself, dive in.  It won’t be easy, but dive in or you’ll never find your moral compass for right living.”

My heart is old, it holds my memories
My body burns a gem-like flame
Somewhere between the soul and soft machine
Is where I find myself again

Our time is coming, or has come – a time to heal, to forgive, to be accountable, to take responsibility.  We need no longer hide from the brokenness of our past.  If we continue to hide we will only make a mess of things with our kids, our family, our co-workers, our friends.  In fact, some of us already have.  So maybe it’s time to try something new.

In my 40’s I have finally found myself on a highway in the light.  I hope Ms. Lewinsky has as well.  She is telling her story, and I say, “Bravo!”