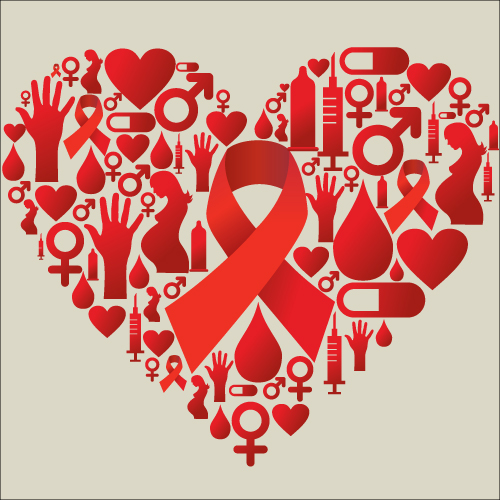 When I was twenty-eight I joined an organization to help out those who were living with AIDS. It was a volunteer based group out of Lexington, Kentucky. At my second meeting I became a full-fledged caregiver for a man with AIDS. It all sounded so odd to me then, like something out a futuristic movie that would never happen in real life.

His name was Phillip. I was “assigned” to him. We met at his home and my first task was to move a box from here to there. He was rail thin, face drawn, with irises so dark gray the whites of his eyes came off as blue.

I did Phillip’s laundry, took him to doctor’s appointments and let him hold my baby.

Phillip was a very sick man and nearing the final stages of his disease. But still he cooked and painted and had parties with friends in his overly decorated apartment on the bad side of town.

I attended his birthday party with all his gay friends, and so did my freshly born baby girl. I was in a perpetual state of ignorance back then, so I was nervous about passing her around the gay room. I wondered if I should’ve brought her dressed in scuba gear. There are days you wish you could have a do-over. For me, this is one of them. Not because I was awful, but because my obliviousness didn’t permit me to fully embrace…a party. For God’s sake, there were streamers hanging everywhere and a layer cake on the table.

Instead, I only thought about Phillip being gay. And his gay friends. And his gay cat, his gay refrigerator, his gay love seat. I expected spandex. I expected piercings, midriffs, combat boots and daisy dukes. What’s worse, I was stuck wondering if this disease was his own fault. Softer Side told me it was none of my business while Over-Programmed Side told me if he weren’t gay, he’d be mowing his lawn before heading off to a PTA meeting.

I’m not ashamed I didn’t know what to do with Phillip. I’m glad I was of some practical use by cleaning and sorting his laundry. Looking back, this was a part of my journey…the part where I go down Dumb Path. But I was beginning to feel a separation occurring within me.

Many of my friends would’ve vouched for Over-Programmed Side. But I didn’t want their approval anymore than I wanted Phillip to die of AIDS. And anyway, Softer Side was looking for a way out of the dark. I didn’t have the words to go before a jury and plead my case with any success, but there were compassionate words written on my heart and they had begun a love riot in my chest.

One of the many problems with government is full-on partisanship. I must FULLY support one liar over another…not to be too dismissive. Sometimes I still buy into this black and white sort of thinking. However, at my core I’m the kind of guy who bets his horse money on Holy Bull, but still keeps cash back for the old grey mare, even if she’s speckled and pregnant. Because there’s something about her. And I fully expect that one day she’ll come through and win the race.

At twenty-eight, I felt weakened by the kind of partisanship my faith demanded. If my faith was ALL right, it meant the faith of others was ALL wrong. But to them, I was all wrong. So which is it? It’s neither. And it’s both. You do the math. And be sure to show your work. Good luck with that.

I spent nights in bed wondering what to do with Phillip, the broken-down man. Do I testify? Do I share my faith? Do I tell him that his life isn’t pleasing to the God of my partisan faith?

It was all about words to me. All about the telling.

Laundry felt more like love. So did ironing. And doctor’s appointments, birthday parties, and letting him hold my baby. If faith is believing in something then I can tell you that I WAS sharing my faith, because I believed in Phillip.

I realize we are not all the same. I realize there are those who cannot leave an “i” undotted or “t” uncrossed. But this kind of all-or-nothing thinking is not real life. Jesus himself never dotted all his “i”s or crossed all his “t”s. He stepped in when whores were to be stoned. He made a way for his friend, Peter, who denied his friendship time and time again. He invited us…all of us…the broken and wrong, the Over-Programmed and the Softer Side. And he did it while we were still perfectly wrong about anything and everything.

I feel this pressure to “clear things up” when I write. To make you say, “Oh, okay then…I accept your point-of-view.” Look, my mind is nothing to write home about. My heart is bigger than my brain, so the unresolved questions that ruminate within me have a bit more elbowroom in my heart – and find it more peaceable there too.

On the shelf in my office are two topiary trees that Phillip handmade for me. They are in clay pots, one of which is broken. Aren’t we all?…just broken clay pots with stuff growing out of us. Good stuff and weeds, doing our best to be beautiful in one way or another.

Phillip was beautiful back then though I never saw it. I was too wrapped up in his sexual orientation to have seen his beauty. I don’t know that I deserved him. But I believe God’s grace gives us beautiful things we can’t see because he knows one day they’ll transform before our eyes and we’ll see them for what they truly are. And this is when WE will be changed.

I nearly threw out those clay pots when the first one broke because stuff was coming out the sides. But Softer Side insisted on keeping them both – the broken pot (which I adore) and the sturdy pot, which is just one tumble away from completing the set.