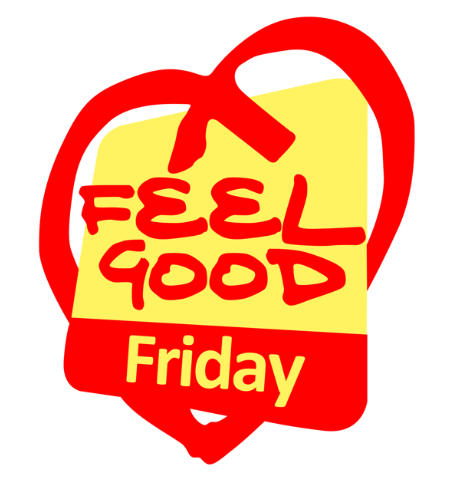 So after inventing “Unedited Mondays” I thought about opening a sort of spinoff, hopefully better than this one, and open a new division of the mattbayswriter empire called, “Feel Good Fridays.”  And to give credit where credit is due, I’ve got to give props to this blog post on the subject of “people pleasing” by my friend Kelle Hampton. (btw…run out and get her book “Bloom” – you’ll laugh, you’ll cry, you’ll get a free gift of your choice if you would like to apply for a Sears Charge.  (I know… that makes no sense.  Sears Charge?  A little old lady used to announce that outside the local Sears store when we lived in Lexington, Kentucky…c’mon…keep up people!)

So obviously I’ve had my coffee this morning.  BUT I had coffee from the Clover machine at Starbucks.  Only four of those machines in the whole state of Indiana and there’s one in Fishers…just follow the rainbow to the end and…

I don’t know what wizardry was performed on this cup of coffee but it’s in my top five best cups evuh!… like I’ve totally got the moves like Jagger.  So go to the Starbucks on 146th, past I-69, next to the Taco Bell… (kinda feel like the Taco Bell reference just took the promise out of my pitch for the Clover machine.)  Is it me, or is “Feel Good Fridays” somewhat reminiscent of “Unedited Mondays?”

So when I read Kelle’s post the other day I thought about all the things people say (including me) to tear others down, either because we don’t understand them, we feel threatened by them, we want what they have, they’re in our all-important way, etc.  I don’t want to be that person but I know that sometimes I have been.  Most of the time this happens when I’m disconnected from life and more importantly, from my lifeLINE.  Yep, it’s God for me.  It might not be for you.  Let’s not get into it…because I respect you too much for all that.

Just this morning after I yelled at my daughter because she couldn’t find anything to go with her coral skinny jeans and the carpool was leaving, I walked right outside with my dog and as she peed on the ground, I told her she was a good girl about fifteen times.  She didn’t have to do much to be reminded of how wonderful we believe she is.  In fact, had one of my girls done the same I would’ve probably just said, “Meh” and moved on.

But it got me thinking about how we treat others.  On the road, in our homes, lying beside us in the bed, coming in and out of our cubicles or offices, ringing up our trash snacks at Speedway…and I just visualized me saying to them, “Good girl…ooooh…you’re so good…you are the sweetest little baby head on this whole street…you little goodie goodie…daddy loves…you’re just a little ole goodgy.”  Listen, it ain’t pretty when we’re talking to the dog.  It’s a little overwhelming.

But can you imagine the day WE could give to people?  So do this…try it out.  It will take you five minutes and I guarantee you’ll get something out of it even though that’s not really the point.  Pull out your cell phone and pick three people.  And unleash some texting love.  Tell them WHY you have them listed as a contact (even if they are a co-worker… per example, “Hey man, you came to my mind today and I wanted to say how great it is working with you…sometimes I actually think…whoa…this guy is really good at what he does.  Anyway, that’s it…have a great Friday!”  Boom.  Easy breezy. Beautiful…ugh…cover girl.  Sorry.  Had to finish it.

We tell ourselves that we need to let love in, but what about letting love OUT.  I’m telling you, it’s gonna change something for someone that needs a change.

My friend, Kelle, has been praised and cursed by internet followers.  But I know how the curses sting…we all do.  They go into our ears and look for ways to attach themselves to us, to tell us things that simply aren’t true, and even if part of them is true, without love, that aren’t capable of changing one darn thing.

This morning, Adam Levine sent me a text. Well, sort of.  Moves Like Jagger was playing in my car, and I turned it up way high because that thumping kick drum makes me feel like the president of the Lion’s Club.  But when the second verse came, it was like getting a text from God.  Here’s what I heard:

Maybe it’s hard when you feel like
You’re broken and scarred, nothing feels right
But when you’re with me, I’ll make you believe
That I’ve got the key

So get in the car, we can ride it
Wherever you want, get inside it
And you want to steer, but I’m shifting gears
I’LL TAKE IT FROM HERE!

Peace and love, ya’ll.  Send some text love out to your peeps.