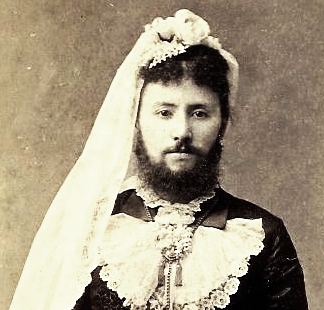 I once saw a girl’s hair catch on fire.  I can’t say I was disappointed.  I really do love stuff like that.  I was at one of those Christmas productions where at the end of the evening everyone gets a candle, and the whole place lights them and sings, “Silent Night” together.  Only this time I saw a teenage girl, a few rows from the front, talking and laughing and leaning over to the kids in front of her.  And then I saw a small spark, the kind you see and think, “Ummm…that doesn’t look like a candle.”  Two seconds later her head was engulfed in flames.  The girl next to her panicked and started swatting at her head with both hands, and I mean really going after it, as if her head were a flaming piñata, as the whole room beautifully sang out, “…Radiant beams from thy holy face…”  It.  Was.  Awesome.

No worries.  She lived.  The fire was short-lived.  Worst that came of it was the smell of burnt hair throughout the room.

I’m not sure what it is about my personality that enjoys these types of things, but I know I inherited it from my mother.  When I was eleven, I remember a guy wrecking his motorcycle in front of us on Gulf Road.  He didn’t get run over or anything too terrible, he just misjudged his stop and hit the car in front of him.  But when his bike fell over he got pinned under it.  I think it was the way he was tugging on his own stuck leg that got to her, but she started laughing so hard that by the time he pulled his leg loose she was hysterical.  “He survived, so it’s ok,” was the message I learned that day.  So I’m blaming her.

But I also have an issue with noticing little oddities, which I can’t blame her for.  I notice everything from thick toe nails to strange arm hair patterns, misplaced moles, deep pores, monster feet, gray elbows, missing teeth, teensy pony tails, big gums, dirty ears, chapped lips, split ends, dense nose hair, and legs that are attached directly at the torso (the vanishing butt).  This is not something I picked up from my mom – it’s hard wiring.  Five years ago at a Colts game I told an older black gentlemen with blue eyes (I really did think they were blue) that his eyes were very cool.  Heather later informed me that they were cataracts.  A friend of mine has a dog with a tumor the size of a cantaloupe on the side of this body.  He calls it “his side car.”  I can’t keep my hands off of it.  Sometimes when I’m at his house I rub it.  And if he jumps up on the couch and sits next to me for a while, I like to palm it like a basketball.  It’s kind of squishy but he doesn’t seem to mind when I mash on it.  My friend says the Vet told him it’s not hurting anything, and better yet, that it doesn’t have to be removed which means I could have many more years with Banjo’s tumor.  I like that dog.  I’d like to have him in our Christmas card picture – maybe invite along the girl whose hair caught on fire and that old dude with the cataracts.

This is not something I’m proud of.  It’s also not something I feel bad about.  Yes, I realize that when people find this out about me they are less likely to want to hang out, but the truth is, I lived with an outie belly button until I put on some weight in my thirties and it finally sank in, so I am every bit the freak of nature they are… so they’re in somewhat good, albeit slightly malformed, company.

When I was in second grade, I had a substitute teacher who always wore big gold brooches on the lapel of her pantsuits and shaved a full beard.  She also told us on more than one occasion that she sang with the Sweet Adeline’s, an all-female choral group.  She even showed us her pitch-pipe which I would’ve given my right arm to blow into.  She was a real nice lady but I was intrigued by that beard of hers.  My mom had always been a traditionally beautiful woman, so I was drawn to this new breed of femininity that I’d not seen before.  Whenever she was filling in for Miss Russinek, I would always find a reason for heading up to her desk so I could get a look at that shorn beard.  I would ask questions that would get her rifling through papers or looking through desk drawers so I could lean in for a closer look.  I can’t remember her name, but I do remember that she sang bass in that singing group of hers, and that she was proud of it.  Sometimes she would sing for the class to show us just how low she could go.  She was the Barry White of the Sweet Adeline’s, and I’m guessing she knew they’d be hard pressed to replace her.

The great thing about life is, there is so much to see, isn’t there?  And we all see what we see differently.  My attention to detail hasn’t changed but I’ve grown as a person and have come to know that each one of us is unique, wonderful, mean sometimes, capable of giving and receiving love, that we are strong and weak, broken and resilient, at times tortured and then at peace.  But the world keeps spinning, and hopefully, we keep moving forward.

The oddities about each one of us (even physically) are color in a gray world that I’ve always enjoyed.  I don’t enjoy it when I see those who cannot accept the things they cannot change, regardless of what those things are.  I’ve also never enjoyed this about myself.  And we make it worse when we allow ourselves to be labeled or categorized by the powers that be, according to our perceived flaws or inadequacies.

I live in a wonderful town that I have come to deeply love.  But sometimes I feel that it is so very Vanilla when I long for sprinkles.  So I get in the car and drive myself to Broad Ripple and stare at dirty t-shirts, dreadlocks and sandals made from hemp – and I feel something in my heart again – a connection to the whole world, instead of just the whole county.  I remember that we are not alone – that God is not a white collared man, a master administrator for the upper middle class.  He is all those things I see – all the oddities from all of us, clustered to make one big beautiful God.  We are a tapestry of humanity reflecting back an image of God IF we accept and love each other.  If we don’t, we are just Odd God, and not good for much of anything.

I love that my substitute teacher had a beard, sang bass and was proud of it.  I imagine God is pleased when we finally decide to let it be – to accept the things we cannot change in ourselves and in others, and find that our little odds and ends just might be a part of something bigger and more beautiful.  I won’t forget her.  And I won’t forget her brooches – big golden bees and hummingbirds, so feminine on such a masculine woman.  There was something beautiful about it.  About her.  She was odd.  As odd as God.