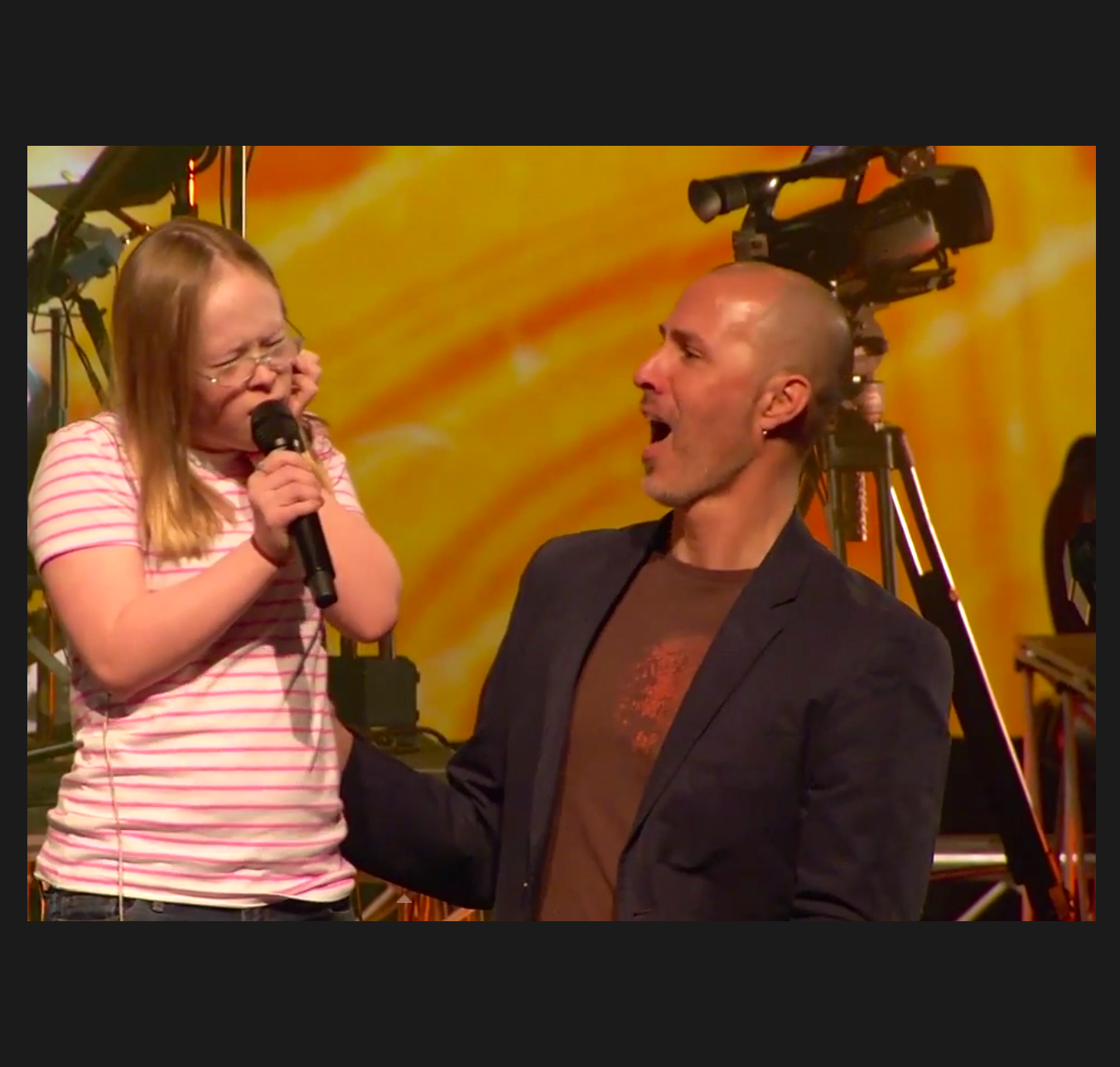 “LOVE isn’t a state of perfect caring. It is an ACTIVE noun like struggle. To love someone is to strive to accept that person exactly the way he or she is, right here and now.” -Mister Rogers

She says this to me every time I see her, which is every weekend. It’s her favorite song in the world.

“I wanna listen to those ear plugs,” she tells me, and grabs at the in-ear monitors hanging around my neck. And I let her have them. How could I resist her? 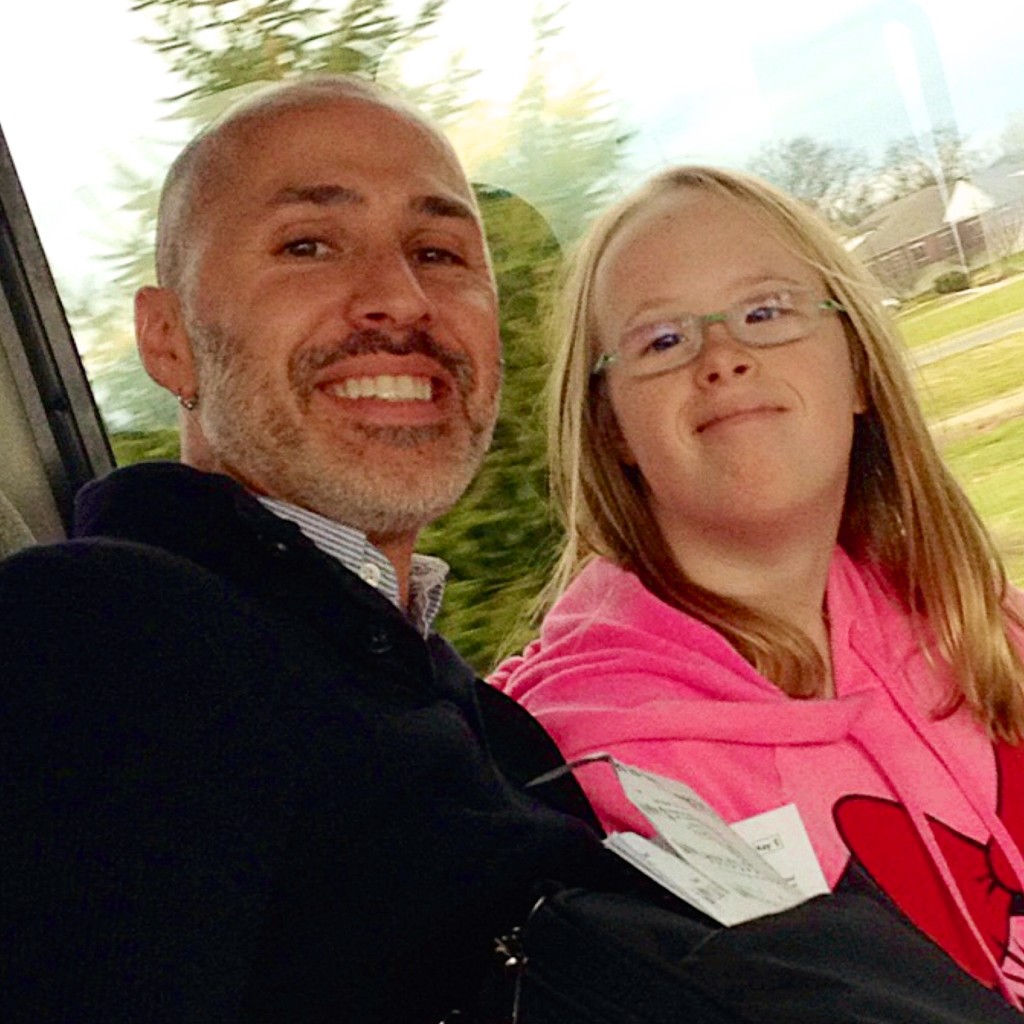 More than once (about 50 times now) she and I have sung Manifesto…LOUD…right there in the middle of the lobby at our church. No band, no inhibitions…just the two of us.

There are always people around when we sing, but they don’t seem to mind at all, even when we REALLY go for it. 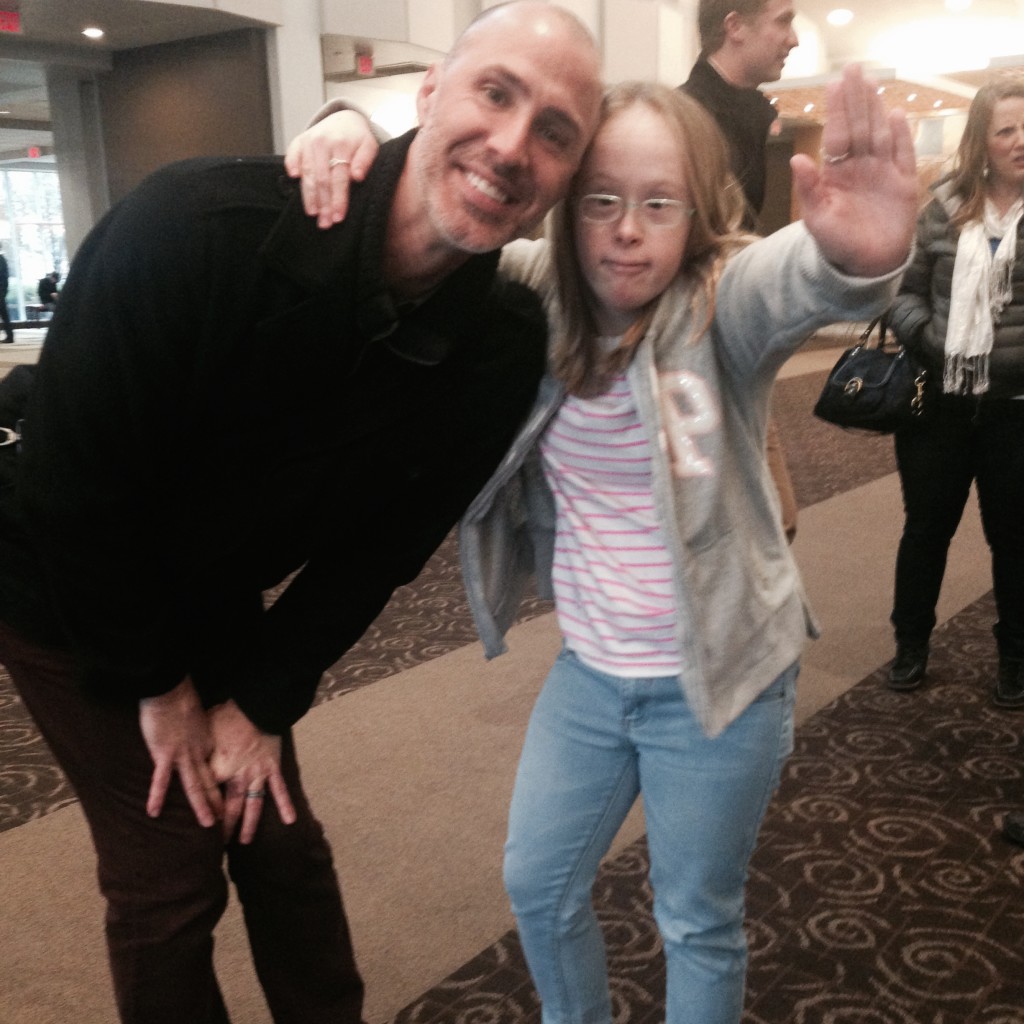 When this whole lobby-singing ordeal began, her parents would keep an eye on her to make sure she wasn’t getting to be too much for me. But after seeing how much I loved these moments, they let us be.

So we continue singing our song every week, even if only in the church lobby.

The stars were aligning. It was SO on.

Her mom and I hatched a plan to surprise Jessica. We would bring her in during our final rehearsal and she would perform Manifesto along with me and the band.

So this past Saturday afternoon I told our tech guys, band, and singers all about the plan. Everyone was on board.

“She’s gonna need her own microphone,” our sound guy said to me.

“Okay.” I hadn’t really planned on her having a microphone, but why not? “Maybe we should turn on the video cameras too,” I told him.

I’ll be honest, I didn’t really know what to expect. I didn’t think she would go through with it. The lights, a full band, a huge stage – I was fairly certain she would chicken out. 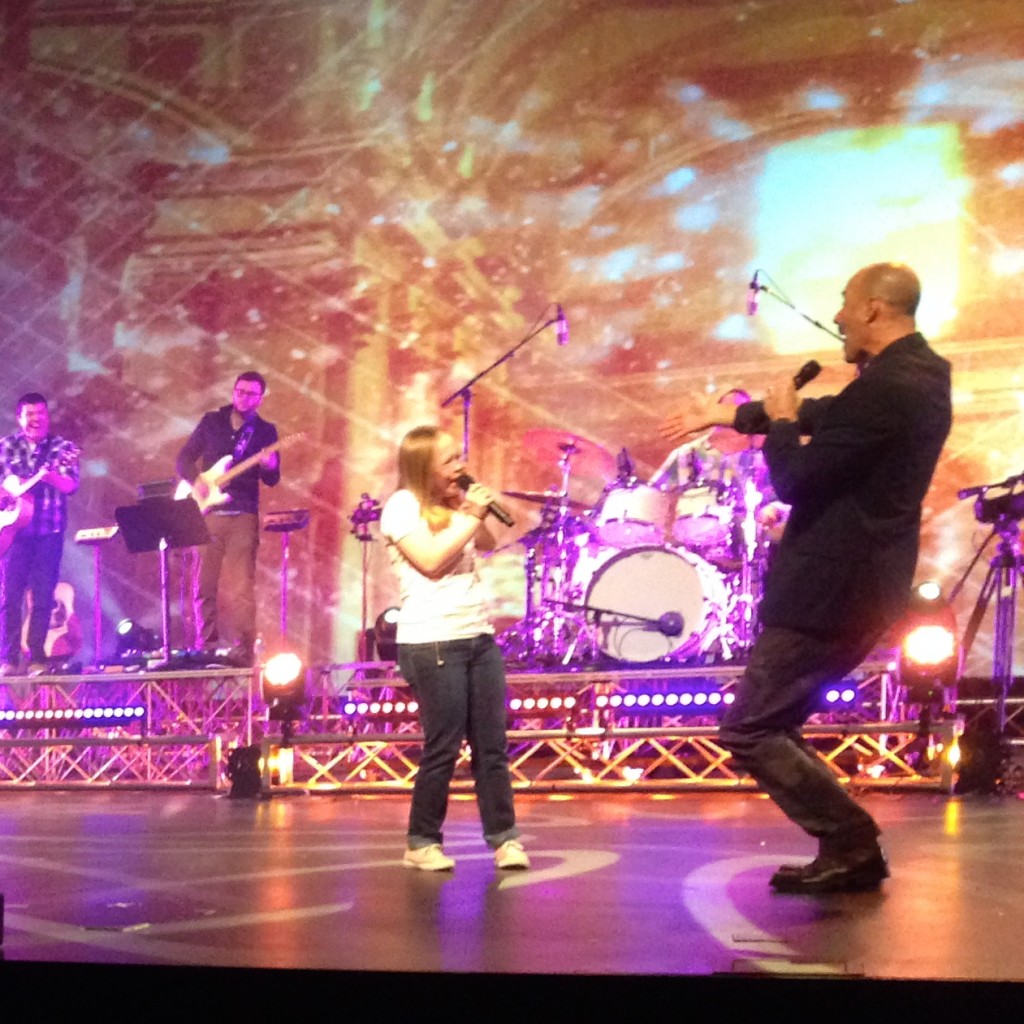 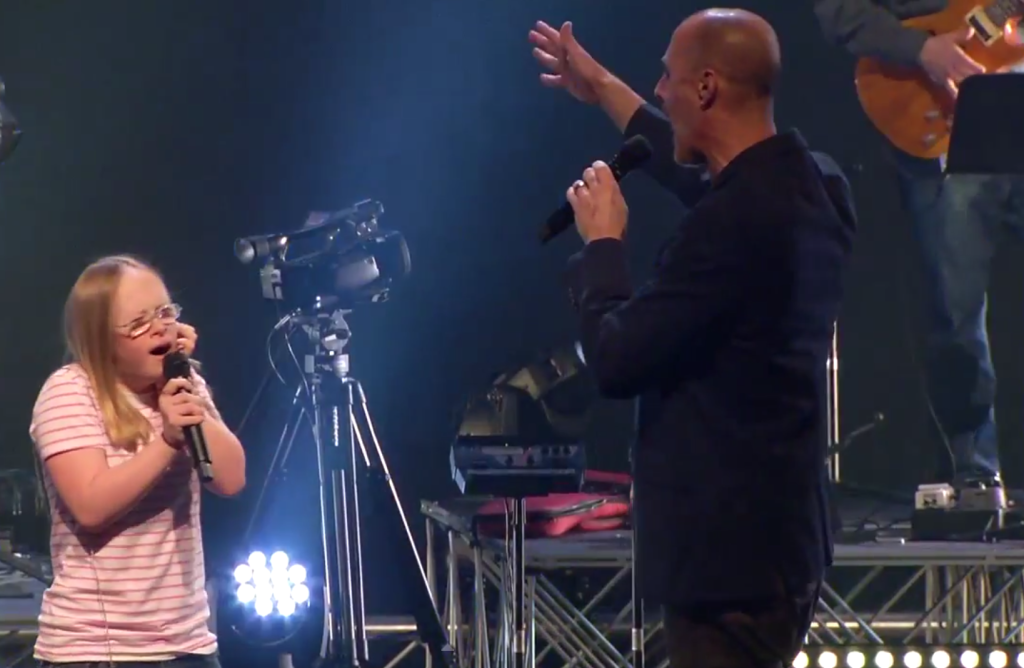 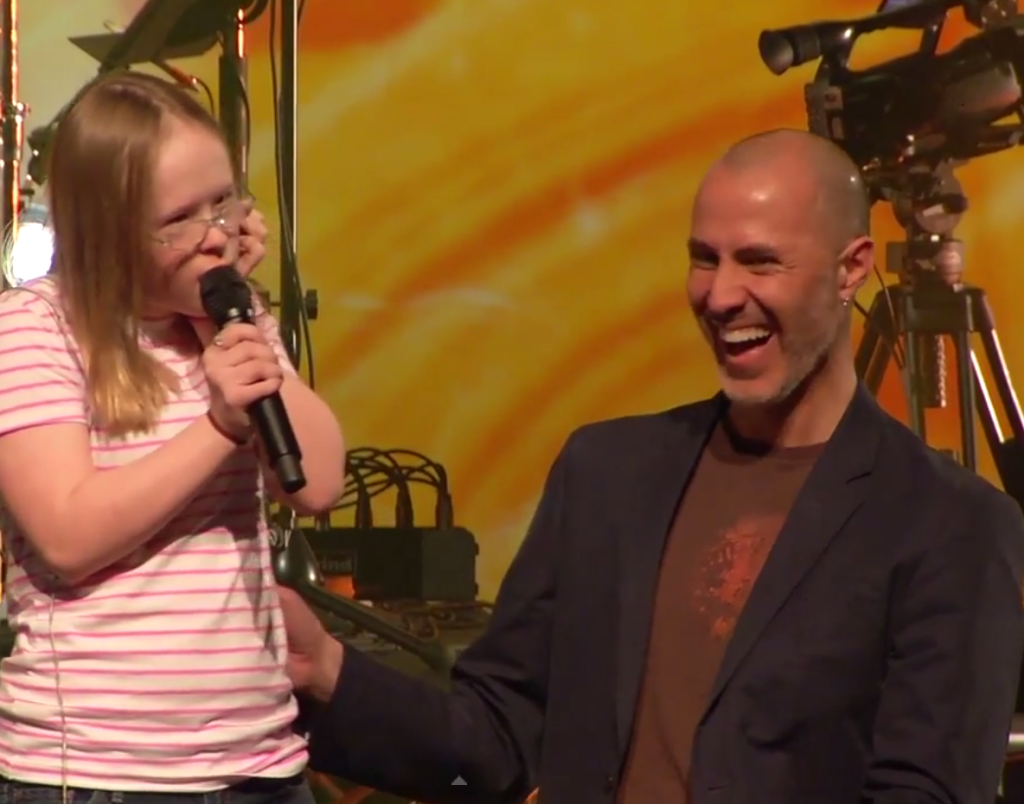 The first thing she said when she got on stage was, “Where’s my ear plugs?” I tried giving her my in-ear monitors but they wouldn’t fit into her perfect little ears. So we improvised and she held them up to her ear just like the true rock star that she is.

The electric guitars blared out this massive anthem and Jessica sang like an angel with attitude.

The Lord’s Prayer falls smack in the middle of this song. One of the lines from it is this:

“Thy will be done, on earth as it is in heaven.”

(Translation) I’m going to do my best to bring something of heaven down to this earth.

And that’s exactly what happened.

As the song boomed throughout our auditorium, Jessica found her voice. And when she did, God found his too.

His song echoed through our hearts with every note she sang and our auditorium was filled with light and goodness.

“On your birthday, Jessica…we’ll sing it on your birthday,” I had told her. And while it was actually her birthday, it may as well have been all of our birthdays. Because the blessing was for us…and we never saw it coming.

I can tell you this, the world is a better place because Jessica is in it. She shines her light, makes us laugh, gives the softest hugs imaginable, and has clearly made heaven a place on earth.

So this is the beautiful video we captured of Jessica singing like an angel with attitude!

**Manifesto is originally performed by “The City Harmonic” and was written by: Aaron Powell, Elias Dummer, Eric Fusilier, and Josh Vanderlan