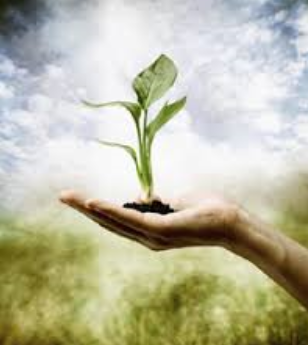 Carl Jung, a Swiss psychologist and influential thinker said, “The greatest and most important problems in life are fundamentally insoluble.  They can never be solved, but only outgrown.”

I’ve spent the last couple of days thinking about a new department at Christianity Inc. called the Painless Division.  When we opened it, we believed productivity would go up.  It didn’t.  Nothing created on an assembly line (spiritually speaking) has the mystery of God in it.  And with no spirit, no transcendent dialogue, and no divine paradox, all you have is nuts and bolts, conveyor belts and lifeless workers pushing buttons and pulling levers.

Christianity was created in an art room, not a factory.  And as ambassadors of Christianity, most of us have failed to pick up our paint brushes or our box of crayons.  Instead we continue to pull levers and push buttons, trying to dial down the pain to somewhere between tolerable and nonexistent.

At our gatherings we often talk about how to avoid pain or how to out pray it.  “Pray for me,” we tell our friends, not so we can handle the pain, but so that the pain might catch an afternoon flight to Greenland.  We take copious notes on the three ways to get out of it, when time and time again we see Jesus dive right into the middle of it.  And we only catch him asking for its removal once – when his very life is at stake.  Yet even then his prayer is prayed without expectation.  “IF it be your will.”

For those who follow Jesus, try to imagine being one of his peeps.  Try to imagine your conversations with him going something like this, “Hey Jesus, I really need you to pray for me.  I’m having some trouble at work, plus it’s the Christmas season and I’m a little overwhelmed.  I’m just not sure I’m going to be able to get it all done and still have time for the fam.  Also, I have this back ache that’s driving me crazy.  And oh yeah, I’m hoping my tires will only need to be rotated and not replaced.  Be great if you’d do something about that.”

What would he say?  Maybe he’d say…

“I guess I thought you would want me to pray that in the middle of those inconveniences, you could be useful.  That in the midst of tire rotations, Christmas shopping and your back ache, you’d be more concerned with living well than having to have things the way you want them.”

I have a generous mother.  She always wants to cook for us when we go home.  She wants to buy us things.  She could sit for hours and talk to us about how WE are doing.  Things like this roll off her tongue constantly when she is with us.

When I leave her I feel pretty awesome and figure most of you have never seen anything like me.  The point being, my mom has suffered well.  She is not just nice.  She is not just easy going.  She has moved beyond the “what’s in it for me?” Christianity and has accepted that suffering is a part of life – perhaps even a good part.

She prays that my sister’s cancer will go away but if it does not, while she may shake her fist at God, she will not shake it forever.  At some point she will come to the conclusion that God has his ways, and she will accept that those ways are higher than hers, not because she has turned a blind eye, but because she realized some time ago that she doesn’t get every prayer answered, no matter how desperately she has prayed it.

The beauty that she is, is not simply good behavior – she is a person that has accepted hardship as a pathway to peace.

I spent my twenties and most of my thirties expecting that each painful event in my life was a soccer ball flying right into my net.  As Goalie, it was God’s job to bat them away.  I spent time praying for God – that he would be a good Goalie, keep his eye on the ball, and sacrifice himself if need be.  I asked my friends to pray for God as well – that he’d get better and better at protecting my goal.  But it seemed the more time I spent praying for God, the worse he got.

Between the ages of 35-40, I finally realized that my problem wasn’t the soccer balls flying into my net.  My problem was expecting that they wouldn’t, even though I was at a soccer game.

Pain is a part of life – and if we peer directly into the heart of it instead of turning our gaze away, we might find enough space inside to crawl right into the middle of it.  And in that spot, with death, poverty, illness, and addiction surrounding us – a place where we feel powerless, helpless, parentless, loveless, useless and anxious… we just might find out how to be…

Maybe instead of praying for God, that he would make all the pain go away, we could let him intercede by coming into our pain WITH us.  And maybe if we prayed “Your will be done” even if it meant we would hurt, we could grow into something as fumbly and dark brown as Mother Theresa – so worn and so beautiful.

“Look at them…I am telling you, I’ve never seen anything like it.”