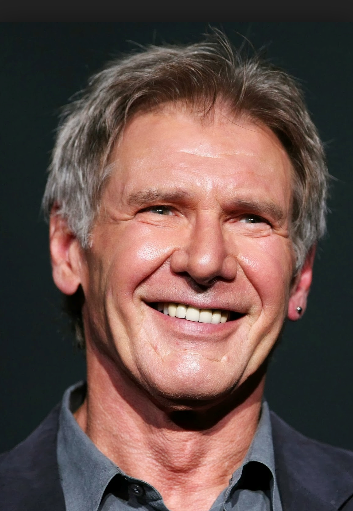 I woke up this morning in the middle of a dream about Harrison Ford.  We were chewing the fat about working out – he even showed me a couple new yoga moves that I’m sure I can’t do.

“Matt, can I ask you a couple questions about brokenness?”  In my dream, it was a perfectly normal thing for him to ask.

“Sure I told him,” and we headed off to my office.  When we sat down, he picked up a stack of chemistry tests that had been printed from an old mimeograph machine and began grading them.

“Well, just tell me what you know about it,” he said, and kept right on marking up the chemistry tests.

I was certain he was busy with movie premiers, red carpet events and grading papers, so I started right in.  But as I began, I was interrupted by middle aged woman I had somehow missed who was using my office phone.

“I’m on hold,” she told me, and pretended to blow her head off with her finger.  “And I’m not sure when they’re coming back.”

“Well, Harrison Ford is here,” I told her, “sooo…I’m gonna need you to leave.”  She was irritated but she hung up the phone anyway.  I pulled back a large black sheet for her to exit through because apparently there was no door to my office.

“Some people,” I said to him.  He rolled his eyes and smiled.  “What grade do you teach, Hans…um…Harrison?”

He scratched down an A minus on a paper that had my handwriting on it.  “YES!” I thought to myself.  I didn’t remember taking a chemistry test but I recognized my writing at a glance.  “Pretty much any age,” he said.  “So tell me about brokenness.”

What is it within us that feels the need, a responsibility even, to get to the good part of our stories so quickly?  We all have a desire to be transformed into something lucky, blessed, or good, but so often our expectations (or others’ expectations of us) shove us into the water before we know how to swim.

Everyone loves the movie “It’s a Wonderful Life.”  But I swear, at the end of the movie when little Zuzu says, “Look Daddy, Teacher says, ‘every time a bell rings an angel gets his wings,’” I want to go Goodfellas on the whole black and white scene.  And when George says, “That’s right, that’s right!  Atta boy, Clarence,” I think…for realz?  So even in the afterlife people are still trying to achieve halos and wings?

We are sometimes so obsessed with being “good” that we go along with the idea that people such as George Bailey can actually figure out the adversities of life in one evening.  In the final scene of the movie his biggest salvation is a $25,000 line of credit.  The real gift, of course, is realizing that his life matters and that he is loved.  But as Hollywood would have it, EVERYTHING must be good, so of course he receives the money he needs to pay his bills and doesn’t have to go to jail.  Good for George.  Good…for him.

The pressure for us to get to the good part quickly is very real, but I’d rather be honest than pretend.  Because I’ve learned that getting to the good part too early is what frauds are made of, not those living from a place of authenticity.

In “It’s Kind of a Funny Story” Ned Vizzini writes, “People are screwed up in this world.  I’d rather be with someone screwed up and open about it than somebody perfect and ready to explode.”

My childhood was a bust – maybe yours was too.  And because of what happened, I am not always good.  Sometimes I am.  I resisted the desire to outwalk a lady into Starbucks the other day, allowing her to go in front of me – a sure sign that I’m headed in the right direction.  But there are parts of me I don’t understand – parts that can’t seem to stop being codependent, parts that can’t seem to get it together, parts that expect a miracle of myself before it’s time, parts that want a halo before it’s time.

Maybe I need to set the halo aside for now (maybe forever) and gather up the good and the bad of me.  Because I’m not simply good, or simply bad.  I’m all of it, rolled into a humanity casing like a sausage.

I remember one day waking up and praying, “Jesus, come heal me, I’m bad and I long to be good.”  And after saying that prayer I thought I had moved to California.  To prove it, I walked around in a wife beater and Bermuda shorts as if I now lived west of the San Andreas Fault, so far from who I used to be.  But most of me was exactly the same, even though I truly was on my way to good…er.

I didn’t get a chance to tell Harrison Ford my story in my dream this morning.  The interruptions were ridiculous, a buzz from the secretary, that middle aged woman returning to explain why they had put her on hold in the first place, six guys dropping in to rearrange my office furniture, etc.  Nevertheless, in the few moments I had alone with him, I had the powerful desire to tell my story, sans halo, to Han Solo.

But before I had even said a word, he had already given me an A minus.  Not bad.  Not bad at all.