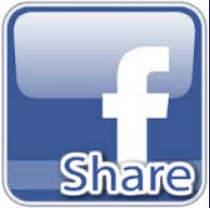 Coming out of my local Starbuck’s today, I held the door open for a guy who had a cup in each hand.

“Thanks man…you helped me out.”

“Hey, that is the busiest Starbucks I’ve ever seen,” he yelled to me while walking to his car.

“I know.  They’re so quick though,” I said over my shoulder.

“I wish I had one of these,” he said, motioning back at Starbucks.

Immediately I thought,  This poor man is getting in a Lexus and he doesn’t have a Starbucks near him?  Devastating.   Where does he live?  Who can we lobby?  How far has he come?  I imagined him having driven into town across endless miles of desert.  Such a sad situation…and so near our grateful  holiday.  Where is God when you need him?!

“You don’t have a starbucks near you?  Where do you live?” I asked, thinking maybe he’d come in from Misseruh.

And then came the Thanksgiving kicker.

I stared confused, waiting for a punch line.  But there was no  just kidding nod of the head – no “gotcha” point of the finger.

“I don’t HAVE one of these,”  he said, like he was looking at an ice scraper with a glove attached. (always wanted one of those)

“Yeah,” I managed back.  “Me either,” I said as if I owned a gas station, but was also in the market for a Starbucks.

I love where I live…really I do.  I’m grateful for it all the time.  But there are moments when I wonder how much of a toll it’s taking on our ability to grasp and tightly hold on to reality.  Reality is a gem.  If you don’t live in reality, you suffocate your ability to be effective in life….effective in a way that matters.

Sometimes I sit with people who are going through something terribly painful…divorce, addiction, relational problems, etc., and I watch them squirm when I tell them that getting better has a price.  That in order to move forward, there is work involved – work that you can’t hire a nanny for, or a house cleaner, shopper, or travel agent.  YOU have to do the work.  And well, work is work.  That’s why they call it work.  Cuz it’s hard.

I realize that some people just aren’t ready, but I try to remind them that if they don’t deal with it now, they will end up frustratingly repeating old patterns and wind up back at this spot in another decade.  If you are going to move forward in your life you have to take out the trash. Pain and pathology won’t simply vanish out of the blue one day.

How long will it take?  The truth is, it could take years.  But don’t let that stop you, because initially some of the clouds are going to clear, and when they do, you’re going to find enough hope available to get you through the tough times.  Hope always takes the edge off.

You will sense freedom in your bones and know that you are starting on a path that will change your life for the better.  But expect bumps along the way…it can get complicated.  Know that it’s going to take some time.  Remind yourself that this new normal will feel counterintuitive for a while.  Also, expect some pain…or alot of it.  Healing can be just as painful as the pathology, however, with healing, the scarring will only be a reminder of the pain, not a conductor of it.

You’ll need people around you who have been there.  If you do not have support, you are not going to make it.  True change without community isn’t possible.  And I’m not going to give you an exception here…it’s not possible to do it alone.  You can grit your teeth alone, you can white knuckle it alone, but you cannot transform alone.

I’m meeting a friend over Thanksgiving, who gave his first lead in an AA meeting recently and told his story.  I wish I could have been there.  I don’t even really know this guy, but I prayed for him, thanked God that he is moving forward, and felt an indwelling of gratitude that his pain and his pathology are now being used for good.  Dan Allender says, “It is out of our wounds, from the core ache within us, that we find our calling.”  The older I get, the more I live my life by these words.

In order to keep our sobriety (or healing, transformation, awakening) we must give it away.  We must not “own it” like a business, but be an employee of it.  We must steward it by inviting others into it…often.  That’s how we keep it.  That’s how God uses it for the good.

Owners are terrible at sharing, and sharers are terrible at owning.  Sharers tend to be grateful while owners are always worried about losing their grip…or their control.  Owners struggle to let go and therefore struggle with healing.  They want to be in charge, be they cannot play doctor to themselves.  Their self-diagnosis is most often wrong.  They cannot manage their own healing, but instead must surrender to a new way – perhaps something that looks nothing like what they thought.  If you are an owner, letting go is going to be your biggest hurdle.  So make sure you have some company.