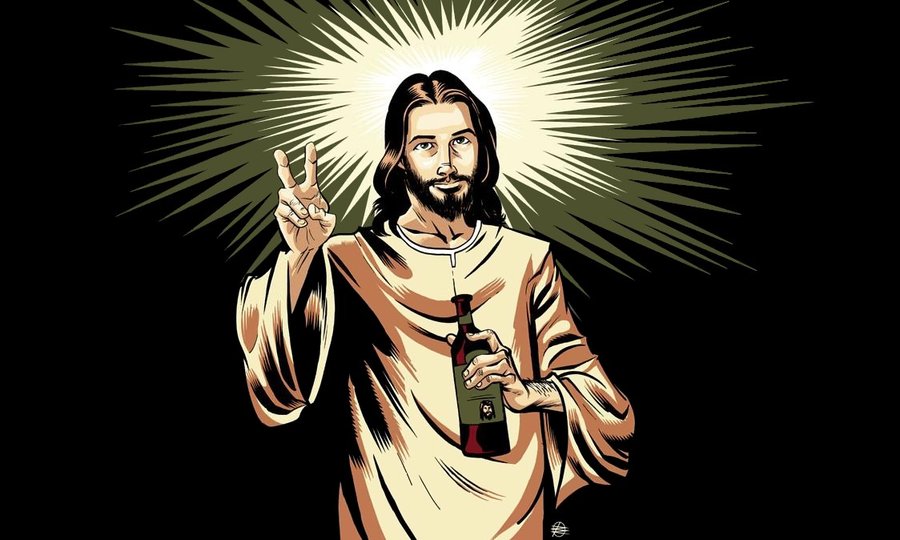 I had never been to a meeting drunk…

but it was only 8am so the Absolut was still in my system.

To kill a little of the shame, I tried to convince myself I wasn’t drunk – after all, I could speak clearly enough. But I was still worried someone might smell the vodka that was hanging around in my gut.

In the middle of the meeting I flashed back to a drunken phone call I’d made the night before.

Was that Heather I was talking to?

Heather had been out of town with our girls visiting a friend in Michigan. Over the course of the meeting, as the fog began to lift, I realized I had tried to call her the night before but instead called an elder from my old church.

This is when I knew things were getting worse, not better.

I was a pastor – full blown, for thirteen straight years. I had started ministries and told people God was good. Yet somehow without realizing it, I had accidentally become an alcoholic.

I spent two years trying to figure out if I was an alcoholic. I hadn’t been sure because to me, alcoholics went from job to job, beat their wives, rarely saw their kids, or had no interest in being better people.

None of these things were true for me.

But it didn’t matter. Because sitting in that meeting, I knew for certain that I, Matt Bays, was an alcoholic. And for some reason, I had NO qualms (not even one) about finally admitting I was powerless – that my life as I knew it had become…

Today…is my sobriety birthday. July 28th. It has been eight years since I’ve had a drink and it’s the sweetest thing to me.

If you’ve worked with me over the last eight or nine years, it’s okay to do the math.

Yes, my friends, you knew me when.

I want to talk to you about something that would’ve been helpful before all of this began. It might seem simple to you…it wasn’t simple for me. It’s about a feeling I had – a feeling I didn’t pay attention to because I didn’t know I was supposed to.

When I began drinking in 1998, many in the conservative evangelical church were teetotalers, still considering the consumption of alcohol to be a sin. But one day I exercised my God-given right to drink and bought a bottle of champagne at one of those drive-thru liquor stores, where I was sure no one from my church would see me.

I purchased a bottle of Korbel Champagne…with the GOLD label, which just happened to be two dollars extra. (You’re welcome, Heather.)

I arrived home and poured myself one small glass. What were we celebrating? Not a thing. Maybe just that no one saw me buying champagne at the drive-thru. Or maybe that I was no longer too scared to buy alcohol in a secretive location where no one would ever know.

Maybe because it had already dug its claws into me.

Alcohol does not treat everyone the same. It isn’t capable of being “fair.” So we must remember that it is cunning, baffling and powerful.

Some people drink beer like they drink Diet Coke. They leave half of it behind when they leave a restaurant like it’s nothing. I have a friend in the program who calls that alcohol abuse. (That’s alcoholic humor. It’s okay to laugh.) But alcohol was never that way for me. I was always keenly aware of the alcohol sitting in front of me – of how much was left – of where people kept it in their homes. From day one it seemed my relationship with alcohol was compromised.

I hid it. I sneaked it. I lied about it. I stole it. (You heard me right.) And finally, I fell in love with it.

I didn’t plan for any of this. I didn’t think alcoholism was a possibility when that thirteen-dollar bottle of Korbel sat next to me in the passenger’s seat of my silver Grand Am. But little by little, without even realizing it, I had become an alcoholic.

I threw myself on the mercy of an amazing couple who were 14 and 17 years sober at the time – people I will never forget. They listened. They understood. They accepted me wholeheartedly…as I was.  A man of the cloth. An alcoholic.

And with that kind of love and support…

From a social standpoint, my entrance into the world of non-drinking wasn’t as difficult as I thought it would be. At parties or get-togethers people carried around half-empty glasses of wine or tumblers of scotch and never once bothered me about my Diet Wild Cherry Pepsi.

However, in those early days of my sobriety, I didn’t talk to friends or family about my addiction because I didn’t want them to be uncomfortable drinking around me. Know why? Because I was always thinking of others…said the co-dependent. (See how that works?)

After a while though, I began to let my secret out little by little, always careful not to reveal the date I stopped drinking because I didn’t want anyone finding out that their pastor, who really loved God a lot, was not only an alcoholic but had been one while teaching them about the love of God.

I had suspicions that the incongruity of this whole saint/sinner – pastor/alcoholic issue meant I was a spiritual fraud – something I thought I’d just keep to myself.

But you are only as sick as your secrets.

Anonymity is one thing, but hiding and secret keeping…there’s not a thing honorable about that, and eventually I stopped caring who knew. My mom, my friends, church people, the pastors I worked with, you. In time, I came to the conclusion that addiction isn’t anything to be ashamed of.

It happened. It was an accident. It’s that simple.

What wasn’t simple was giving it up. But I did. These days, asking me if I miss it would be like asking an ex-con if he misses prison.

Because no one misses their shackles, do they?

My road to recovery has required much more than simply going to 12-step meetings. It has also required figuring out why I was drinking in the first place and then figuring out what to do with what I found.

So here’s what I did.

Counseling, 12-step meetings, honest and real friendships that included accountability, self-inventory and confession, and the daily pursuit of putting my life into the hands of my higher power – which for me is most certainly God.

The biggest hurdle for me was getting past the shame. We may no longer be inebriated by alcohol but we can certainly still be inebriated by shame. And shame will keep us buzzed emotionally, just enough to keep us stuck in our addiction.

Those who are new to recovery struggle not to minimize their situation, because owning what they’ve done comes hand in hand with the shame. So they pretend they weren’t that bad off, hoping to preserve a little bit of their ego – which MUST BE ROOTED OUT.

Since getting past the shame, which comes only with time and hard work, there have been very few days I’ve minimized my past situation and said to myself, Maybe I’m not really an alcoholic. I’ve actually settled into that bit of truth quite well. Although one time I went to a Celebrate Recovery meeting (which is a great program for addicts of any kind) and a guy approached me afterward and asked me not to say,

Hi, my name is Matt and I’m an alcoholic, which is how we do it at traditional AA meetings.

Instead, he told me that at Celebrate Recovery meetings they do it this way:

Hi, my name is Matt and I am a child of God who struggles with alcohol.

“Huh…” I said. “Yeah…I hear where you’re coming from,” I told him. “The whole shame thing, right?” And he nodded at me. “But see the thing is, I don’t struggle with alcohol. I actually LOVE alcohol. It’s soooo good. Calms my nerves, quiets the inner voice that won’t stop accusing me of stuff. PLUS, after about five shots I can clean the friggin house like an entire squadron of Merry Maids. I’m THAT GOOD at alcohol. So anyway, I’m gonna keep saying it my way because I already know I’m a child of God, and because I like being reminded of what I’m capable of. Cool?”

He smiled and walked away politely.

There’s this verse in the bible that means a lot to me. It says, “But whoever does not have these things (faith, goodness, perseverance, knowledge, self-control, godliness) is nearsighted and blind, forgetting that they have been cleansed from their past sins.

I don’t ever want to forget what I’ve been cleansed from OR what I’m capable of. It’s why I work at my recovery daily, in tangible and actionable ways.

If so, I promise…you’re not alone. Because my name is Matt. And I’m an alcoholic.