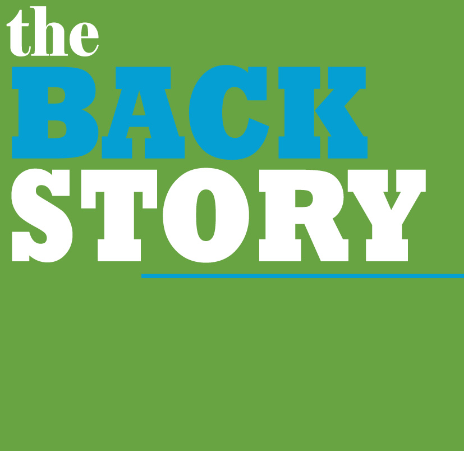 “I don’t know that people can handle a story as raw as mine,” he told me on the phone.

“Listen,” I told him back, “you just tell your story as it is.  Real people don’t want the shined up version with a neat little bow on top.  How else are they going to know how far God’s love and grace reaches?”

…why aren’t we telling our stories?  People who have gone through tragedy and loss need to know they are not alone.  I realize it takes time to understand our stories and perhaps find ourselves ready to tell them, but that time is coming.  God is preparing you.  And soon your beautiful story will sneak out to the end of your tongue and get a healthy dose of sunlight.  Then it will stretch its legs, throw its arms wide open and swan dive into someone else’s darkness, lighting up their world and changing their story forever – changing it…for GOOD.

I’ve so often heard people say, “I want to serve God,” or “I want to serve mankind, but I don’t really know what I have to offer.”  Your story will always be your offering.  Talents wear out.  Musician’s fingers will get gnarled in their old age and they will struggle to finely tune their music the way they used to.  Business and technology will at some point leave you behind and you’ll watch as all of those younger generations run off ahead of you.  Your beauty will fade (or it should), and your influence, professionally, will dwindle while a large part of who you are becomes irrelevant as the years roll on.  And in the end, all you will be left with, is what?  Yep.

You will always  have your story.  And the older you get, the more capable you’ll be of telling it, IF you know it.  There is nothing more beautiful than a spotted up old lady with suitcase skin and gumballed knuckles telling her story of redemption to those who need to know they can make something of themselves despite the terror that still lives in their hearts.

I attended a worship concert last night, given by a very popular worship leader named Matt Redman.  He has penned beautifully contrasting lyrics in his songs and you can simply feel the backstory in his words – words like, “Blessed be Your name when the sun’s shining down on me, when the world’s all as it should be….and blessed be Your name on the road marked with suffering, though there’s pain in the offering, blessed be Your name.”  We sang those words out to the top of our lungs, but I’ll be honest – I wasn’t really feeling it.  It had been a rough day and I was simply doing the best I could.

But then came the backstory.

He quieted all of us down.  He stopped singing and told us a story – his story.  He told us that he knew what it was like to hurt.  He told us he had written those contrasting lyrics, which ebbed and flowed from pain to joy, because his wife had miscarried four of his children.  He told us that his dad had taken his own life when he was seven years old and that shortly after, he was sexually abused by a predator.

And THIS was the moment I felt heaven flood the place with light.  According to statistics, in a crowd of nearly twelve hundred people, Matt Redman had just told between two and three hundred of us that we were not alone.  His story did a swan dive right into our hearts and promised us hope.  He had shown us how to tell the truth, the whole truth, so help me God.

Some of you are on the brink of going there – you’re nearly ready to talk about it…I can feel it.  Be safe when you do.  Make sure you choose the right person to begin the journey.  Someone safe. (Not always family…sometimes a therapist or close friend is best.  Someone who has already told you their story is a great way to gauge a safe person.)  And as you move forward, know that you will be joining those brave and broken souls who have found freedom and calling waiting for them…in the telling.

A great teacher named Beth Moore says, “Every bit of what has come behind us in our brokenness has use in the kingdom.”  Dan Allender, a world-renowned counselor and author says, “Out of our wounds, from the core ache within us, comes our calling.”  So tell your story.  To someone.  To me.  To a sheet of paper.  Write it down and send it off to a friend.  But tell it.  It’s time someone got the backstory.