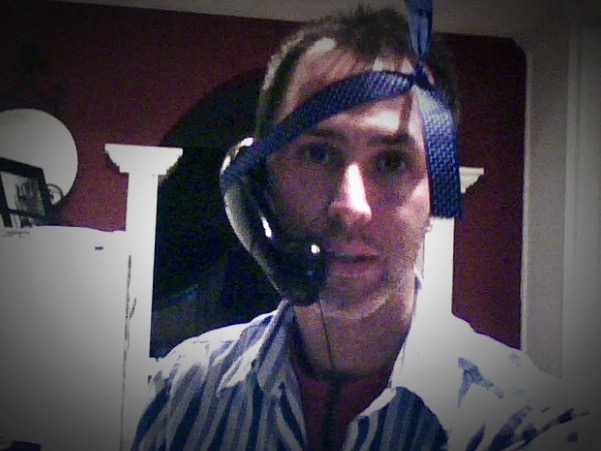 Several years ago I attended a conference about songwriting. The clinician of one of the breakout sessions said something I will never forget:

“Hacks write songs when they are inspired, while true musicians write songs even when they don’t feel like it.” If you didn’t catch that, let me rephrase:

“Professionals don’t wait to be inspired; that’s the way of amateurs.”

It sounded good and made a bunch of people feel real bad about themselves. Job well done. But once I ran this little statement over in my head several times, it fell flat for me. And here’s why.

First off – too much judgment. I don’t like when one pithy statement sends out a creative border collie to corral all the “professionals” into their pen and all the “hacks” into their playpen. As if hacks have no merit.

Matt Damon. Ben Affleck. Anyone? Anyone?

The truth? As a writer I embody this principle. I write. I get up and do it when I don’t feel like it because that’s what I need to do. But this doesn’t work for everyone. Some need to be inspired, and if that makes them hacks, so be it. But this is in no way evidence as to whether or not they are true artists.

I do realize there are too many artists sitting around waiting to be inspired, and that they might actually get inspired if they would just do the work. Those guys need to get at it. It’s time for them to make it happen. But forcing a square peg in a round hole when it comes to creativity; telling people “It has to happen this way.” No. It really doesn’t. Which is why the sentiment: Hacks have to be inspired while PROFESSIONALS can do it even when they have the flu…misses the mark for me. It’s shortsighted. And anyway, sometimes being a hack is a good thing.

Axl Rose of Guns n Roses wrote his songs while sitting at the piano, and my friends, he’s a hack at the piano. Steve Jobs never really wrote software code. He tinkered and made suggestions, but he was a hack. WALT DISNEY COULDN’T DRAW.

But they made it work, didn’t they?

Listen, I’m a hard worker. I could sit in Starbucks for twelve straight hours writing, editing, making things happen – but that doesn’t make what I’m creating good. And then there are moments of true inspiration, when something seems to create itself. You probably know what I’m talking about; when something beautiful comes from your hands, yet you barely feel responsible for it.

The best song I’ve written in my entire life (in my opinion) took me seven minutes to write. Seven. Lyrics and music. Then there are others I’ve worked on for weeks – songs that do not make the whole world sing. You’ll only hear them in hell, my friends.

Here’s something fun (and just a teensy bit morbid); I once wrote the following line in a poem when someone I knew died too early:

“That rock! THAT BLOODTHIRSTY STONE!!!” Yep. I did. Pressed down my “caps lock” button and went for it. I was trying real hard to be poetic. And I thought I might feel better if I gave it three exclamation points. Ya’ll, I was SERIOUS about that gravestone.

Also, it had praying hands carved into it. So “bloodthirsty” with three of these (!!!) was a reach.

Listen, if you’re a writer, tapper, singer, artist, or some other type of creative, (and especially if you’re an up and comer) try not to get bogged down by another person’s guardrails, especially if they feel a little too guarded (because they probably are). We don’t all get it done the same way, do we? We’re different. And because we are, inspiration will hit us in different ways. There’s more than one creative way to skin a persian felis-catus. That’s poetry for “pretty cat.” You’re welcome.

This is the best recipe for being creative for me: (it may not be for you)

Love to know what you do to find inspiration. Tell me. I’m all ears.

P.S. In the picture at the top of this article I was washing dishes and trying to talk to my sister on the phone. This is my most brilliant moment of creativity to date.