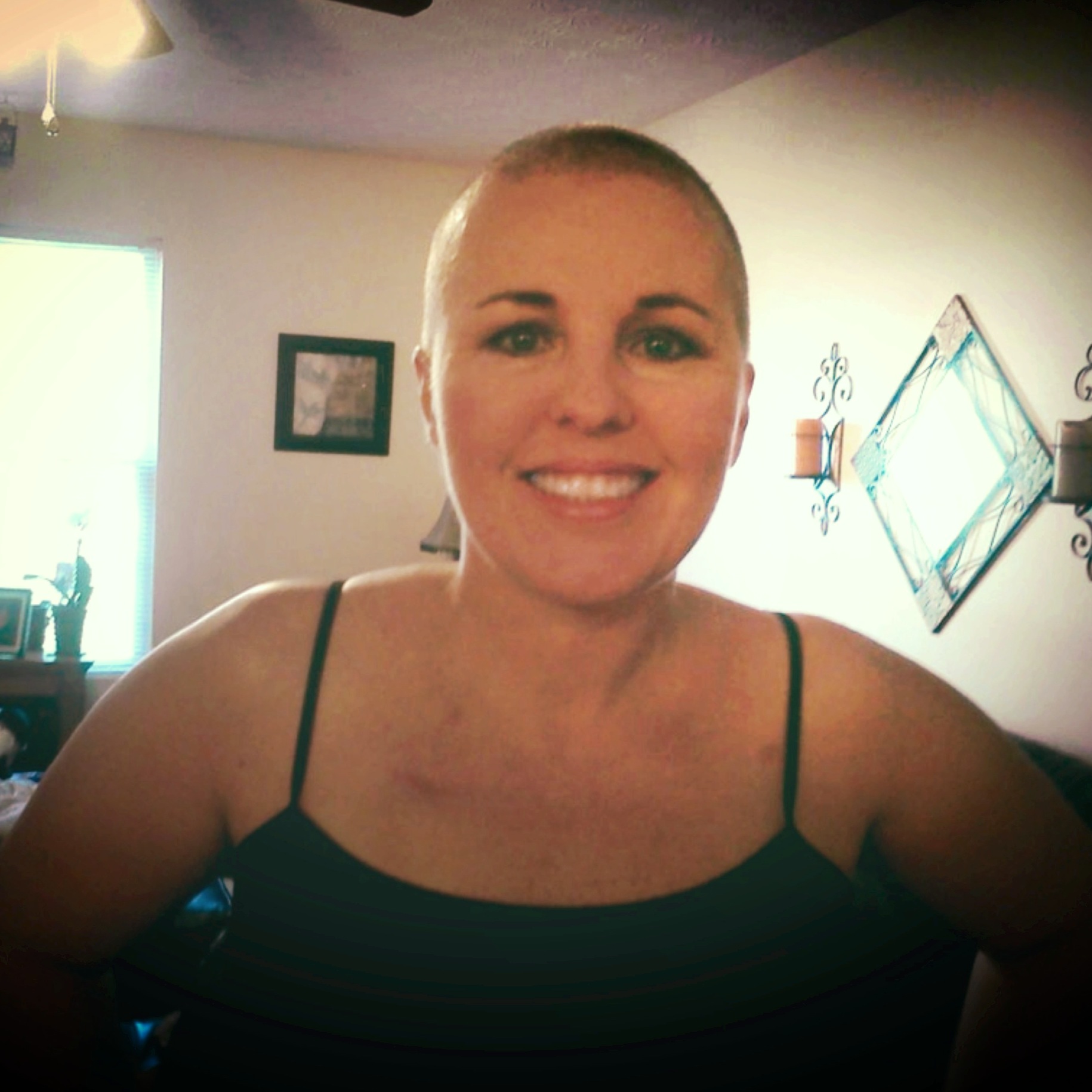 My sister started chemotherapy treatments four days ago.  She did good the first day but began throwing up the second and third day.  Still, I can tell her spirits are up.  Yesterday she had a short surgery to put in a port where the chemotherapy will be delivered into her veins.  Shortly after she sent me a text that read,

“I am sorry to inform you that you are going to have to …make an emergency trip here when I have to shop for a wig cuz you are the only opinion that matters.”

“Yeah, no kidding,” I texted back.  Later on the phone she told me there was a “Wig Shop” at the Cleveland Clinic, and she could probably just get one there.  I imagined Vicki Lawrence’s wig on “Mama’s Family.”

“You’re not getting a wig from the Wig Shop,” I told her.

“It’s the Cleveland Clinic,” she said back, “they’re probably not too bad.”

“Right, we’re not getting a wig that’s ‘not too bad.’  We’re getting one that’s the bomb.  I saw a lady at our church with one on a couple weeks ago and it was pretty unbelievable.  I’m guessing she didn’t get it at the hospital gift shop.”  I imagined a couple Styrofoam wig heads sitting next to the Starburst and dry powder shampoo.  “That’s not gonna work,” I told her, and she laughed.  “Luckily you’re pretty.  Women that are pretty look great without hair.”

None of this was supposed to matter.  Not the wig.  And not how she looked.  But it mattered to me, and I knew it would matter to her too.

Over twenty years ago, shortly after having her first baby, she decided it was time for a change.  Neither one of us would be classified as people who think before we act, so we didn’t look through magazines or make an appointment with a professional.  Within five minutes of her announcing, “I want to do something different with my hair,” we were standing in the hair color aisle at the local drug store, trying to figure out which shade of blonde would be best.  Her natural color had been dark brown, but after rinsing her head out in the bathroom sink and pulling the towel from her head, there was a white glob that looked like a pitcher’s mound sitting where her dark brown hair used to be.

“I bet you’re right,” she said back to me, seemingly even less worried, and flipped on the blow dryer.

Fast forward five minutes, and she was face down on her bed crying her eyes out.

“It doesn’t look that bad,” I told her. But it was all a lie.  It looked worse than bad.  Whatever she had used on her hair had sucked the life out of it.  Shortly after her break from sanity we were headed back to the drug store, me riding shotgun, her with a hat on her white pitcher’s mound.  But within a couple hours everything had worked itself out.  We had managed to get her hair darkened, even if only a little – to tan.  We observed her new tan hair in the mirror for a few minutes, gave it the thumbs up, and ended up in the back yard, her sitting on the swing set, and me trying unsuccessfully to do back handsprings, as if nothing bad had happened.

We have always been forgetters, her and I.  It’s not the best thing when it’s time to remember, but it works out great when you were sick, or you were mad, or you were hopeless, because when it’s over – for forgetters? – it’s over.  But where forgetters are great at letting things go, they are not so good at knowing when to hold on.  And cancer is complicated.  How do you let it go, when it is the one holding on?  Forgetters want to pretend it doesn’t exist, or that it’s not a big deal – that it can be ignored because it’s only sitting next to the starburst in a gift shop, when in fact it’s sitting front and center in a display case that demands our full attention.  We go on as if nothing has changed and when it presses into us, we act quickly to sort out the damage and give it the quick-fix we think it requires, minimizing the reality of it.  But forgetters keep forgetting that in the storms of life, life can be lived more fully if we acknowledge the hope and the fear, the faith and the doubt, the satisfaction and the suffering.  That’s humanity, and that’s living honestly.  The truth is, we are flawed – and we can do our best to pretend that we are okay, but we’re not always ok.  And that… is ok.  Because once we stop pretending – once we open our hands and let go of the life we are desperately trying to hold on to, we make room something else.  We make room for God.

But when it’s over…

…once the storm has passed, forgetters are great at letting it go.   They are amazing at not living in fear – not letting it dictate the rest of their lives.  They can forgive almost anything – abuse, lies, injustice, prejudice, and yes, even cancer.  Forgetters teach us all how to move forward when it’s over.  They almost always “find themselves” among the wreckage, and live their best lives in the aftermath.  It’s the gift of the oppressed.  The gift of pressing on.  The gift of forgetting.

And soon, when this is over, all will be forgotten.