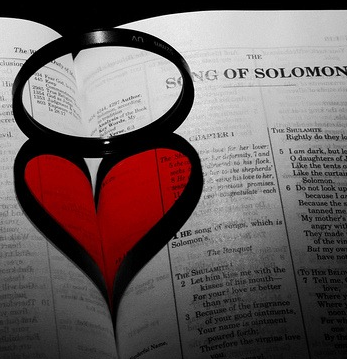 Just like any other business, the mission of a multi-million dollar company like Victoria’s Secret is to make more money.  But I imagine the people who run Victoria’s Secret hire young interns and say to them, “We are all about providing quality undergarments at competitive prices.”  And I’m sure the interns recheck the letter head to make sure they’re not applying at the Playtex: Cross Your Heart Bra franchise.

Quality undergarments?  That’s the goal?  Because their advertising would suggest a different mission.

I have been doing this “front man” worship leader thing for the past twenty years and I’ll be honest, when I was twenty three I would imagine myself on a very large stage with the pulsing beat of a God-song in the air along with fist pumping teens, single mothers, business men, blacks, whites, believers and unbelievers worshipping full throttle, eye closed, hands raised…and ME leading them.  Eventually I’d snap out of my daydream and get back to the reality of my 350 member church, our teenage bass player, 55 year old drummer, and 95 year old piano player.

Today I lead worship with fog, HD screens, video venues, screaming guitar solos and (wait for it)…fist pumping.  YES!  I’ve made it.  Over 5,000 people come through our three campuses each weekend and guess who one of their front men is?  Me.  But just as the CEO of Victoria’s Secret has left consumers thinking the mission is really about sex and not quality undergarments, I fear I may have done the same, leading people to believe the package we use for worship is the mission, when it isn’t.

During the worship portions of our weekend services I have often been misguided in my desire to see every person with their loving gaze on God – singing with their hands in the air and really “entering into worship.”  And when the hands have been raised, I’ve thought, Yes!…this is the goal.  This is what we’re after.  But it’s not the goal.

Emotion for God does not equal devotion to God.

You already know where I’m going with this.  Emotion is not bad, but it can’t be all that we bring…blah, blah, blah.  But the devotion part is what kicks us in the teeth every time.  Because devotion asks this question, “What sacrifice did you bring?”  Uh oh…the hands slide back down, our eyes aren’t closed quite so tightly, and we’re singing a little bit softer now, a little bit softer now.

It is no more believable when a Victoria’s Secret “Angel” is interviewed about the million dollar bra and says, “It provides such great support for the girls” than it is when we stick our hands in the air during worship but offer nothing of significance.

God doesn’t want our lacey panties, our guitar solos, our fog and lights, videos, shorty robes trimmed out in feathers, slick announcements, or sweet smelling sachets to keep things fresh.  He wants what is in our hearts…the better angels of our nature that we so easily bring to him in worship and the demons we’ve been wrestling for years.

This isn’t the most popular thing I’ll ever write that’s for sure.  And some may even see it as dismissive of worship services, but it’s certainly not meant to be.  I just know it’s rude to show up for a party without a gift.  And if we continue to believe that our gift is a song…well, would you be impressed?  I wouldn’t.  I promise you, the host is expecting more.

The only real definition of worship we have to go by in scripture is Romans 12:1, which says “Therefore, I urge you, brothers and sisters, in view of God’s mercy, to offer your bodies as a living sacrifice, holy and pleasing to God – this is your true and proper worship.”  Nothing about music, raised hands, or closed eyes in that verse.  Point blank, our lives given as a sacrifice is TRUE worship.

The best worship service I’ve ever been to was in my car on the way home from a counseling appointment.  There was zero fist pumping.  Instead, just as King David did over and over in the book of Psalms, I told God I couldn’t stand how I felt inside.  I told him I was so angry and disappointed with my Made-for-TV-Movie childhood.  I told him I was tired of doing the same things over and over to ease the pain, and that I couldn’t stop doing those things on my own.  That’s what I brought to him.  It wasn’t fog, it wasn’t a song, and it wasn’t exciting.  It wasn’t even positive, but it was real.

And when I felt him say, “I’m going to help you with that,” and began to see the evidence of his help, my response was worship.  Quiet and small…and grateful.

Not for a minute do I think that on a Sunday, with thousands of people in front of me, and with the fog and lights behind me, that something more powerful is happening than what was happening in my car when God whispered, “It’s going to be okay.  I have what you need.  Let’s figure this out together.”

I’ve always pictured Jesus sitting on a throne during worship, taking in the praise with his eyes shut.  But I wonder if instead, his sleeves are rolled up and he’s ready to go to work.  Maybe he’s waiting on us to stop affirming who he is, and instead trust in what he can defeat, which is death – his own, and ours.

If worship is only songs, guitars, organs, choirs, tears, hands raised and eyes tightly closed, then I have to be honest…I don’t have much to offer.  But if it’s presenting myself as I am – if it’s being willing to sacrifice my demons – if it’s bringing something that’s broken before God that I can’t seem to put back together on my own…then believe me, I’ve got all the worship in me that I’ll ever need.