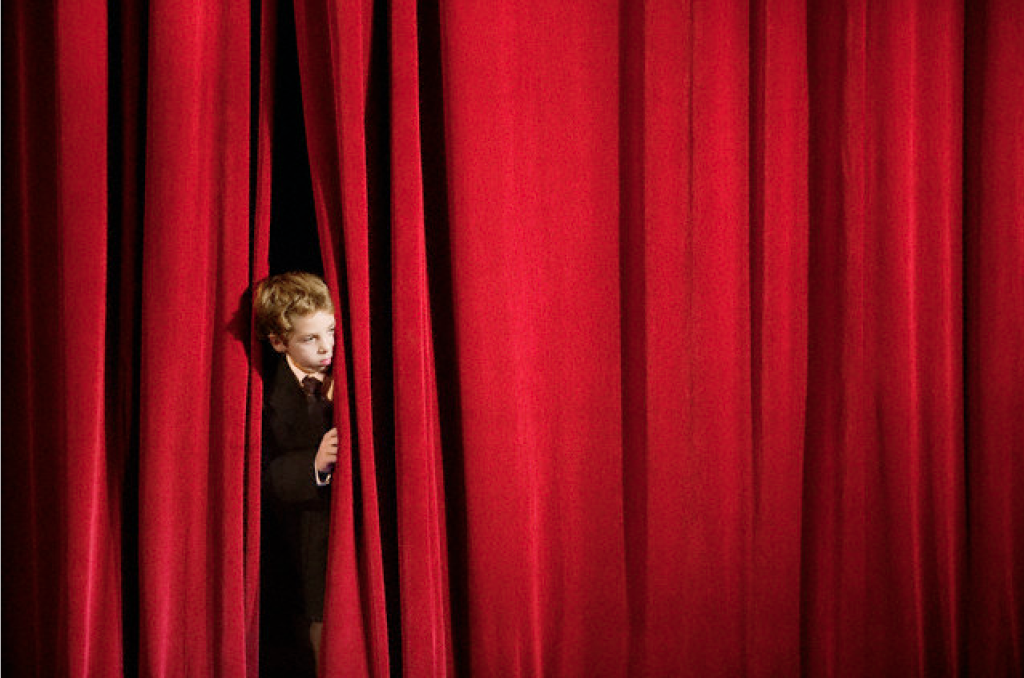 As soon as I saw the announcement in my Twitter feed, I felt a familiar twinge. This time it masked itself as jealousy. But that’s the thing about brokenness, it often comes to you as one thing, accusing you of being an inherently bad person, when the truth is you’re just sad, but don’t know why.

I didn’t want to go to an event and watch a father be proud of his son. I didn’t want to see the son excel beautifully (and he did) while his dad sat front and center and cheered him on. But I spoke up to the lie that kept telling me I was jealous.

And so we attended the event.

All the way there, parking the car, while getting our tickets and finding our seats, Melancholy wandered fatherless halls within me. Heather could hear the painful echo ringing from my heart.

I can’t even turn on my phone
Without being reminded of the lie
That I am broken, unsuccessful.
I can’t always talk to my friends
Cause they’ve got expectations
That I may or may not be living up to

But I’m usually the one with the expectations, that I may or may not be living up to. And those expectations go like this:

This is when I begin to focus on letting people down – wondering if they should believe me, or if I should be giving any life advice whatsoever. After all, who do I think I am? I will never be enough.

I see scads of faces in my mind, waiting for an answer – expecting me to tell them something about life that I just don’t have figured out. And I feel like a fraud.

But if You’re not feeling my show
Then how far could I go
Before all of my accomplishments
Go down in fire?

And so I pray:

Help me, be me
And only see you
Let me decrease and glorify you

Let me decrease…and glorify you. Glorify. To elevate. Maybe being honest, not pretending, telling my truth actually elevates God.

The truth is, the day I saw that dad sitting front and center and just…dadding; cherishing his son; my heart was broken. I don’t know why. And maybe I don’t need to know. Maybe trying to wrap too much of my brain around my father wound rather than wrapping my heart around it has created all the pressure, pressure, pressure…to be someone else that the world has made. Someone who has things figured out, when they don’t. Someone who should be over their problems by now, but they aren’t.

Sometimes when I’m taking a picture with my iPhone, if I don’t feel like moving in closer to the image, I use my thumb and index finger to zoom in. We’ve all done this. But then when we touch the screen to focus in on that zoomed image, it’s difficult to hold the phone still enough to get the image into focus. Know why? Because we’re too far away. In order to get the image into focus, we have to move in closer. Sometimes three steps closer, sometimes twenty-five.

If we’re going to make sense of our pain, rather than keep our distance, we have to move in closer.

Midway through the event, I decided to move in closer – to be honest with myself and let the pain wash over me. I removed the barricade of jealousy that had been lying to me and allowed myself to enter into the actual hurt. I could feel it in my chest, the heartache of the father loss, while bravely and broken, I sat right there in the middle of the pain.

In a way, I glorified the pain. I let it elevate the “what should have been” so I could be more aware of the broken world I’m still a part of – the part I’m trying to help redeem.

Before stepping into the pain, I was standing too far away from it to be able to feel it, because I thought if I felt it, I’d be no good to those around me. But then I recognized how the self-imposed pressure to pull myself together was tearing me apart.

Less than a day later I heard the lyrics to the song you’ve read in this post. The clear and unaffected vocal was so captivating to me. I smiled at first, not a bit surprised at how God has arrived on the scene of so many of the crimes against me. But then as the words spoke into the person I was expecting myself to be, I felt the healing tears I’ve felt so many times before. And I let myself off the hook. Because I am not my friend – the one with his dad in the front row cheering him on. And I don’t need to be.

The next morning, just before stepping onto the platform to lead worship at church, I received this text from my wife.

“Just want you to know that you are God’s son. He is sitting on the front row. Watching you do your thing. And so proud.”

God really is something, isn’t he?

I am going to be okay, my friends. And so are you.

(*Here’s the song. Give it a listen. You won’t be disappointed.)