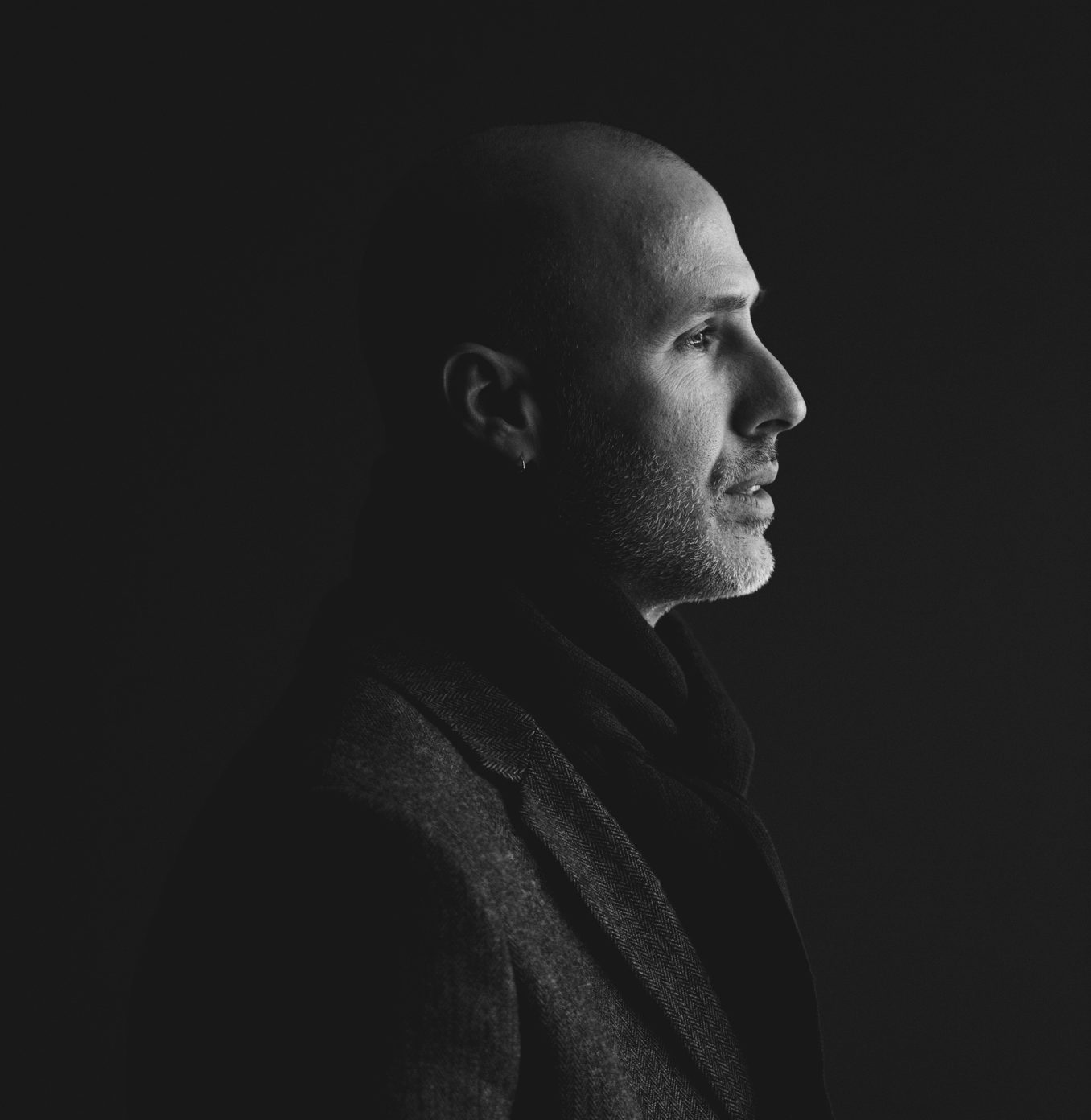 “Brother, he’s suffered like a tree taken down
Wept as he witnessed his dreams carved out
And how can a man just keep walking around
With his heart full of holes?”

A week ago, I sat in an AA meeting. This isn’t uncommon for me. I’m an alcoholic. And I’ve found community, understanding, acceptance, tolerance, love, and serenity in the rooms of AA. After getting the business behind us, the chair called for the topic.

“Does anyone have a topic related to alcohol or sobriety?”

This is typically when things go silent for a bit. The silence isn’t too hard these days—not like it used to be. I’ve gotten comfortable being uncomfortable. Call it a benefit of the program. But this particular silence was longer than normal. Was this my cue? I had never brought up the topic of the day for discussion; not once in ten years of sobriety. But recently, I had been feeling itchy. It’s what we call, restless, irritable, and discontent.

I felt sweat forming under my hat. I unzipped my jacket to breathe a bit easier. No one said a word. And so I began.

“I lost my sister. It’s been nearly a year. My current life mantra, which I’ve adopted from my niece, is, ‘F*@k October’. I am sad a lot. I don’t think of drinking, but inside, I’m lonely without her. We all are. My mom visits her graveside and reports her trips to me, while grief is spread over every word she says. She’s lost two; a son and now a daughter. I’m not sure what else to say. I’m just trying to figure out how to get through this looming date of October 31st—this one year anniversary of my sister’s death.” 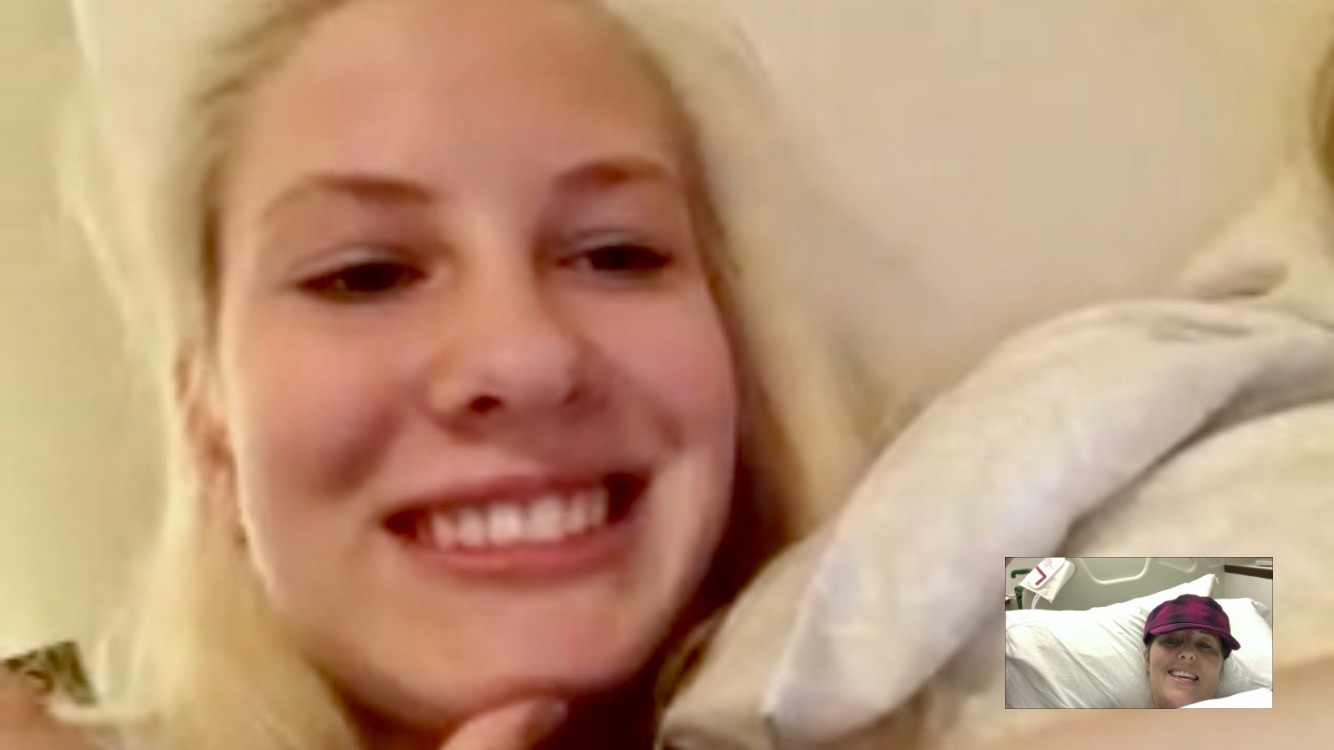 “Sounds like the topic is grief and sobriety,” the chair said. “We’ll start with the person on my right. And with that, it began.

“I wrote a deceased family member a letter,” one person said. This felt right to me. I pulled out my phone and made a note so I wouldn’t forget. Write her a letter. Yes.

Many words were spoken, with much compassion. It wasn’t advice, but instead, experience, strength, and hope…which is altogether different from advice. So many in the room had been there—lost family members they loved and told stories of what it was like without them. They spoke of amends they’d wished they had made before these wonderful people were gone. I listened. I felt their grief while I felt my own churning within me. I needed this. I needed to feel the hurt once again. I can feel it now as I’m writing. But often, it’s so hard to find the words.

But ooh,
My bow is on the strings,
I’m beginning to learn where to find the words
To the song that emptiness sings 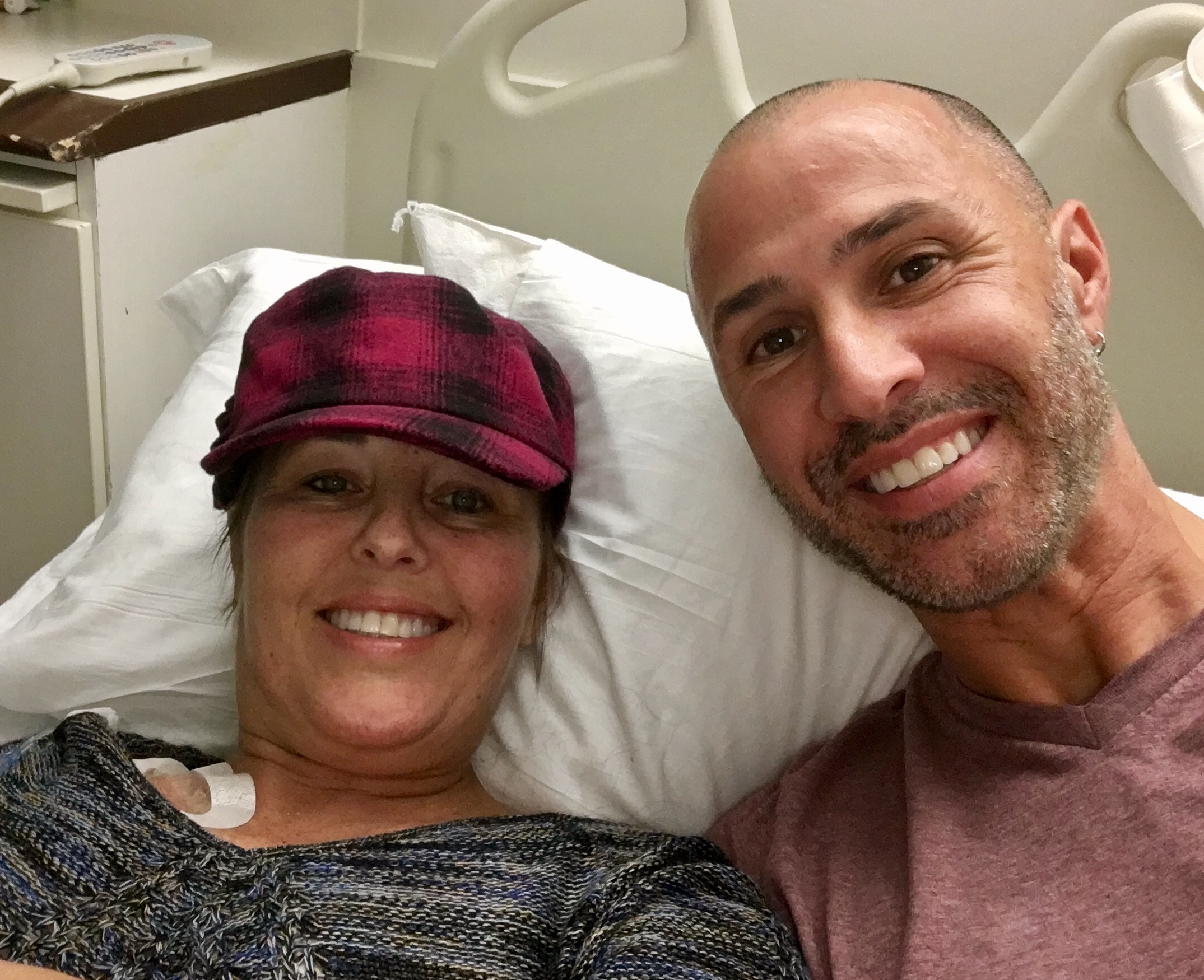 One woman repeated the words, “You’re not alone,” over and over. Each time she spoke them I had to catch my breath. I looked at the ceiling to keep the tears from running down my face. She seemed to have been beaten up by life. She’d had a go or two. I kept thinking about how my sister would’ve treated her—with dignity and respect. How she wouldn’t have just looked past her, but really SAW her. I smiled as she spoke, because this felt like a gift—that somehow Trina was in the room. Inside this woman.

“You’re not alone,” she said again. They were words straight from heaven—straight from the heart of God…or my sister. 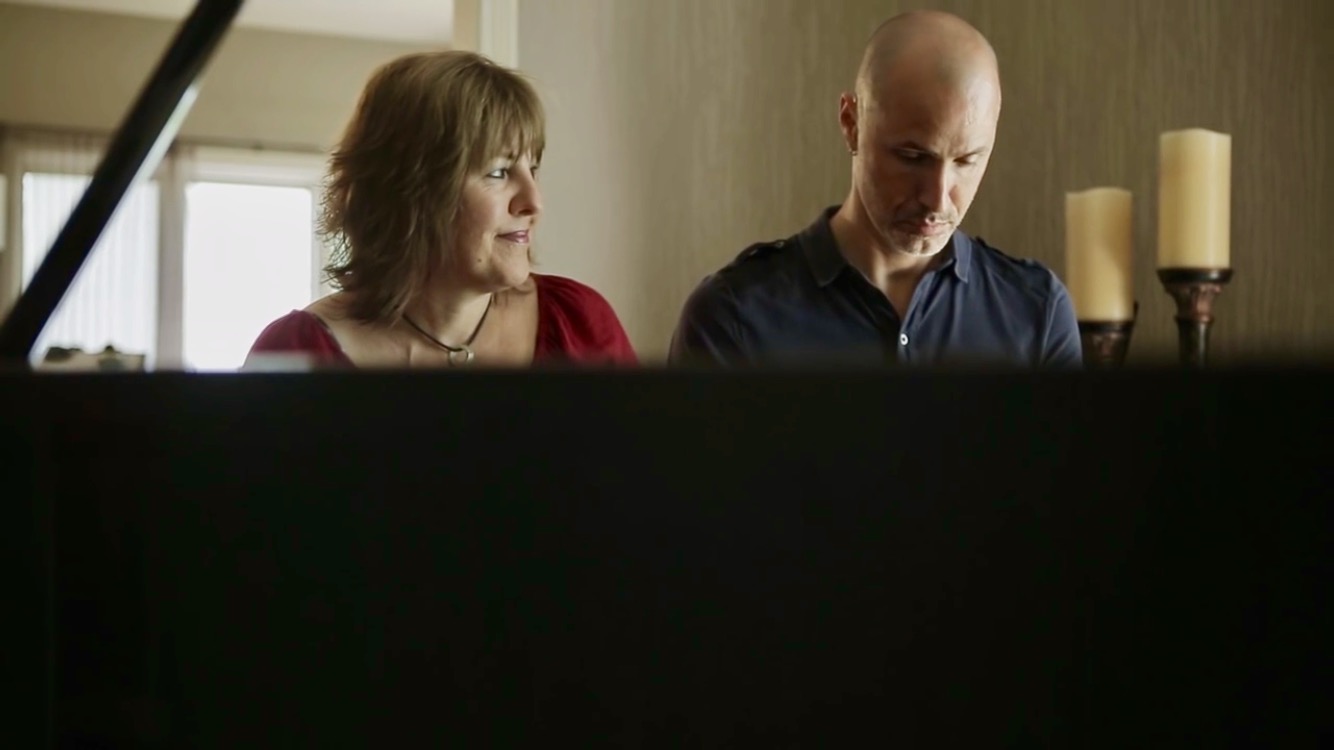 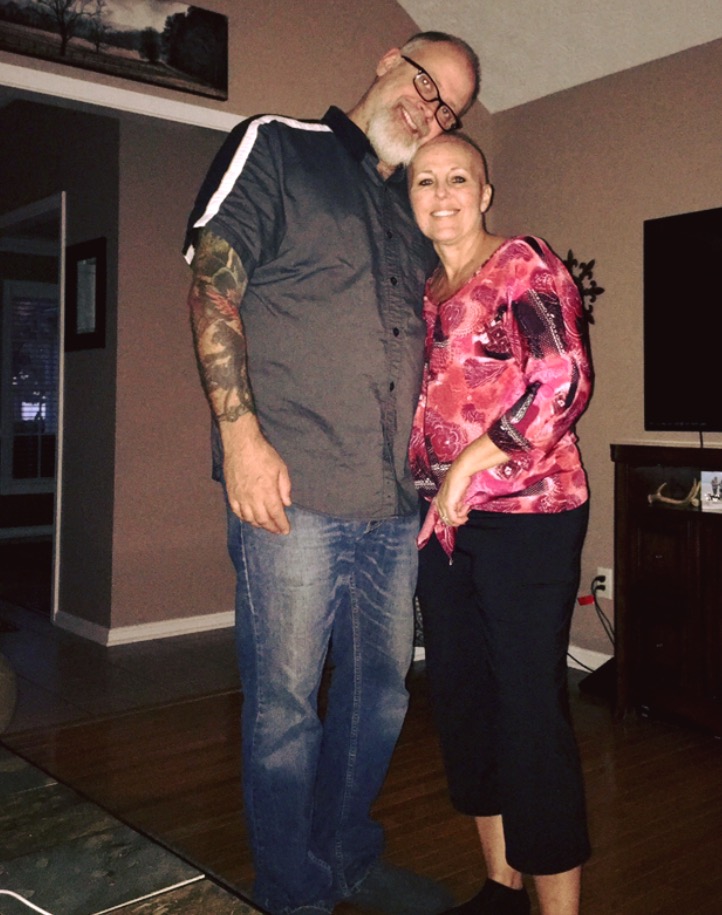 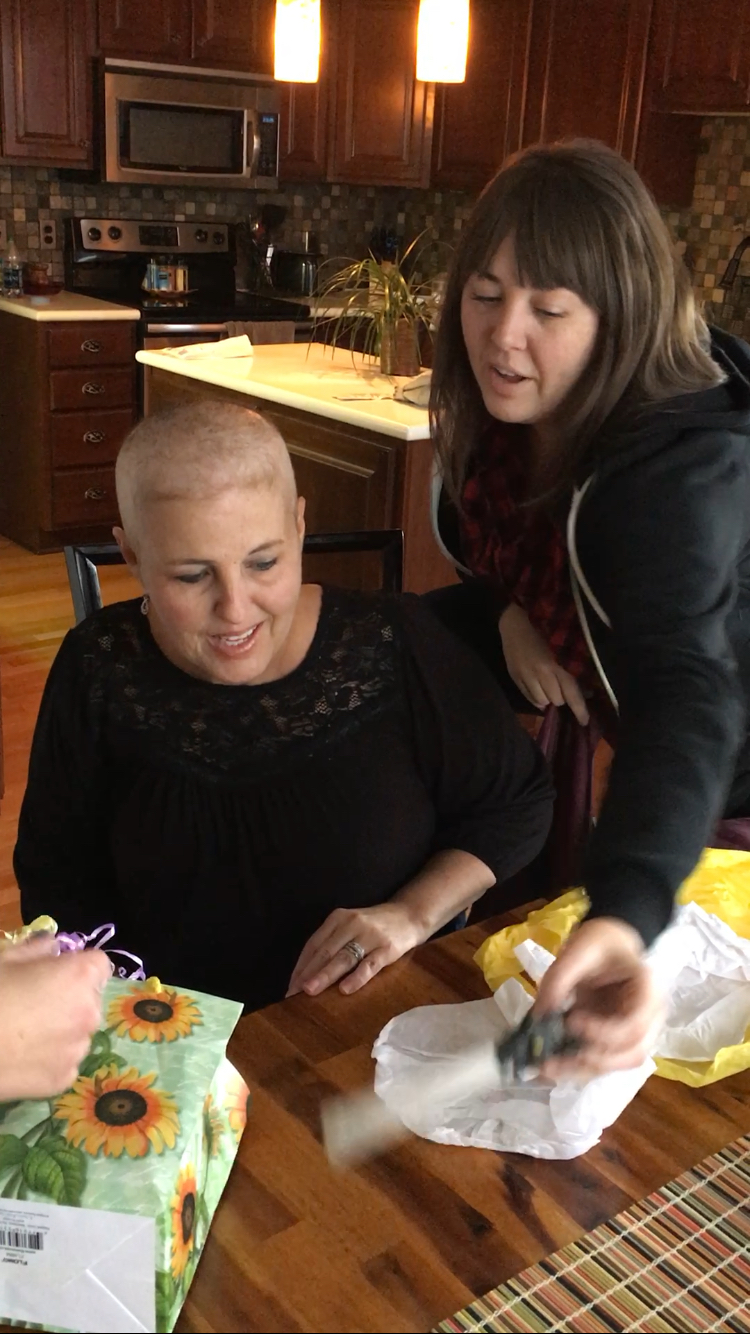 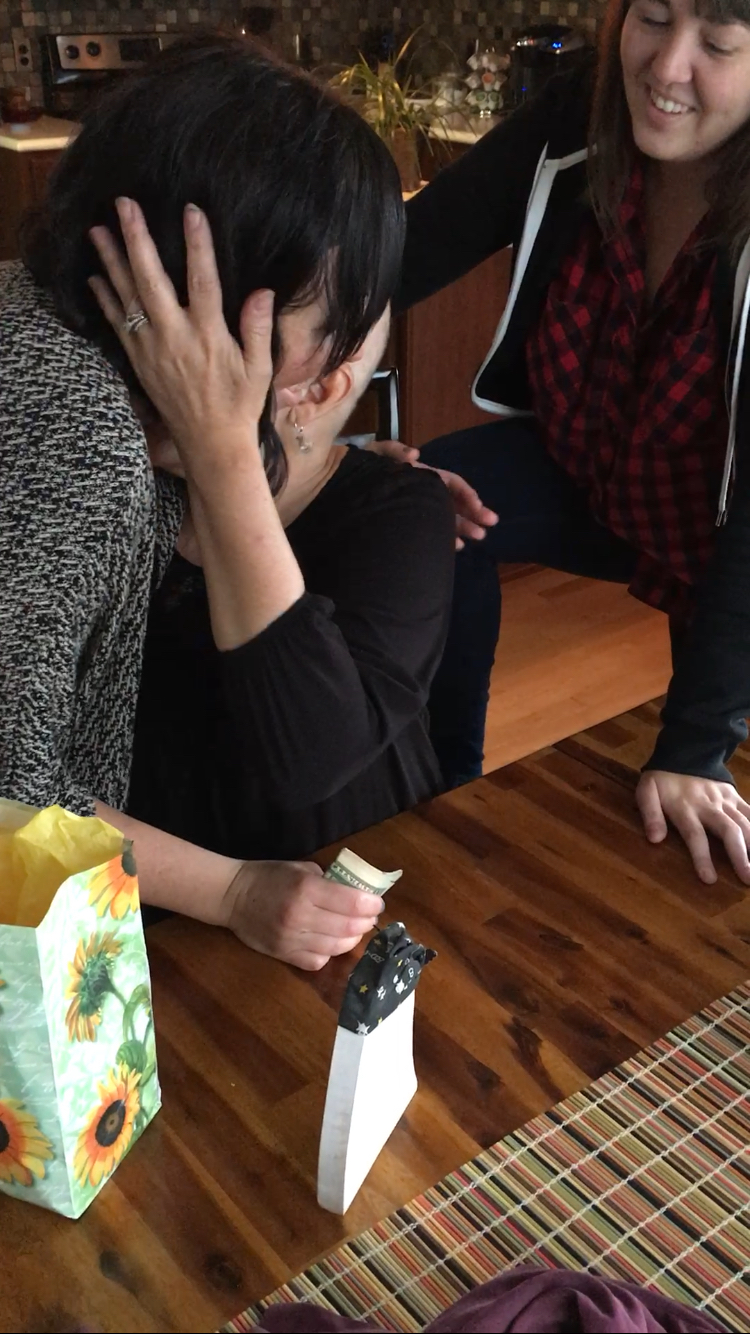 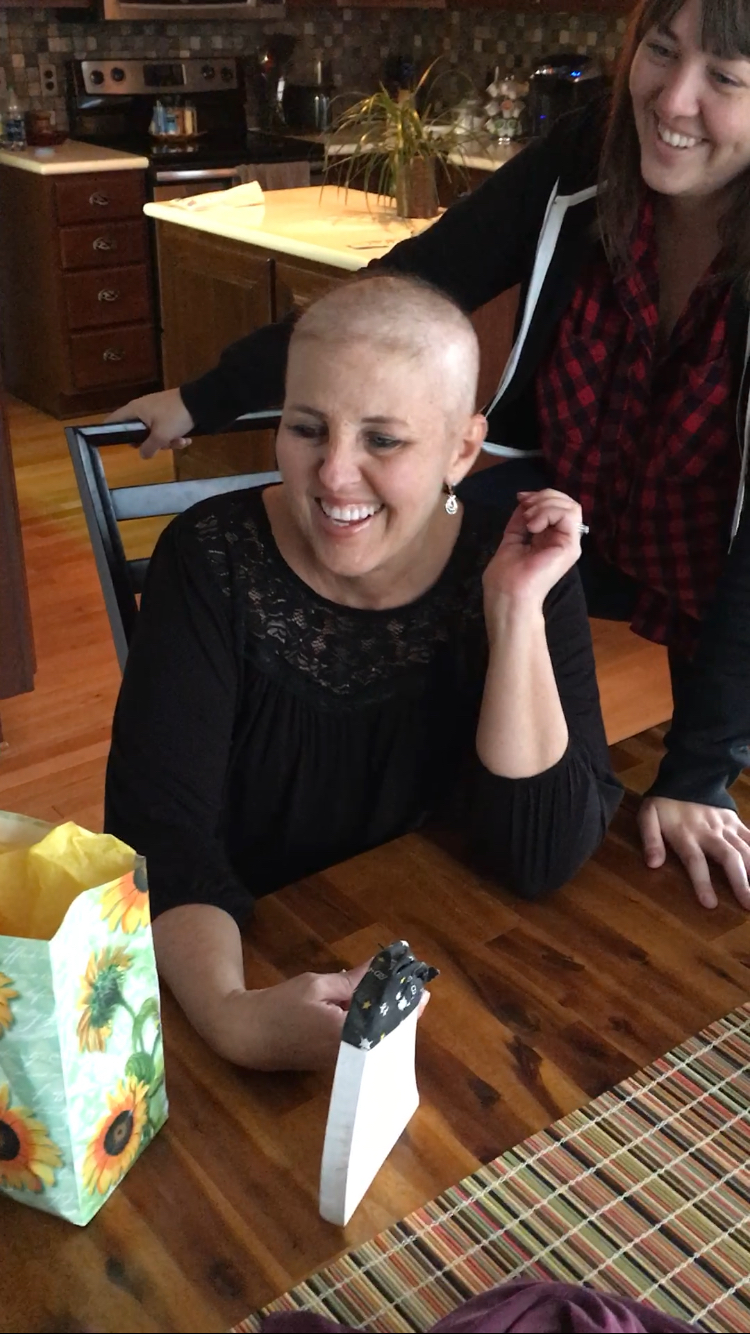 *One of the best mothers, wife, sister I’ve ever seen.

Another man spoke. His mother had died a decade earlier. She was his greatest cheerleader. “She would want you to honor yourself,” he said. “That is the best thing you can do for her.”

What he didn’t know was that shortly after my sister passed, a dear friend, artist and poet had sent me a piece of her work. A beautiful water-color with this original poem.

become all
that I am.
and carry you
inside that beauty.

These days, I’m doing my best.

One of the things I’ve always appreciated about Dr. Drew Pinsky is his honest, yet candid approach to those who are struggling to make life work. Sometimes his honesty is painful to watch, yet always compassionate. It’s a beautiful thing to see someone come to terms with something that is true, even if it is hard to bear, because then they can let it go.

I spoke about this in my book, Finding God In The Ruins (How God Redeems Pain).

“On an episode of Celebrity Rehab with Dr. Drew, I watched Jason Davis—grandson of a billionaire, heir to a massive oil fortune, and severe heroin addict—finally come to grips with the truth of his default settings. Dr. Drew and a fellow counselor asked Jason what it was that he wanted. He said he wanted a dad he could turn to … And then came the alarming and painful truth from Dr. Drew: ‘You don’t have that; you don’t get that.’

“This scene broke my heart, and it broke Jason’s. He can find a way to re-parent himself by letting the love of others into his life and accepting the guidance of mentors who have his best interest at heart. But the man who should have been there when Jason was a boy, wasn’t. It can’t be undone. Healed? Yes. Rewritten from this day forward? Yes. Undone? No. It is a part of who he is and always will be. Acknowledging this truth could actually set him free…

The truth can set you free, absolutely. But while those shackles are being removed, some of them feel as if they are being torn from the tender flesh of our hearts.

The next person to speak hit me with this kind of compassionate truth.

“Your life is going on,” he said. “Hers…is not. You have to accept that. You will have new experiences without her. You will have new relationships that she will not be a part of.” There was compassion in his eyes as he finally said, “This is not a betrayal.” 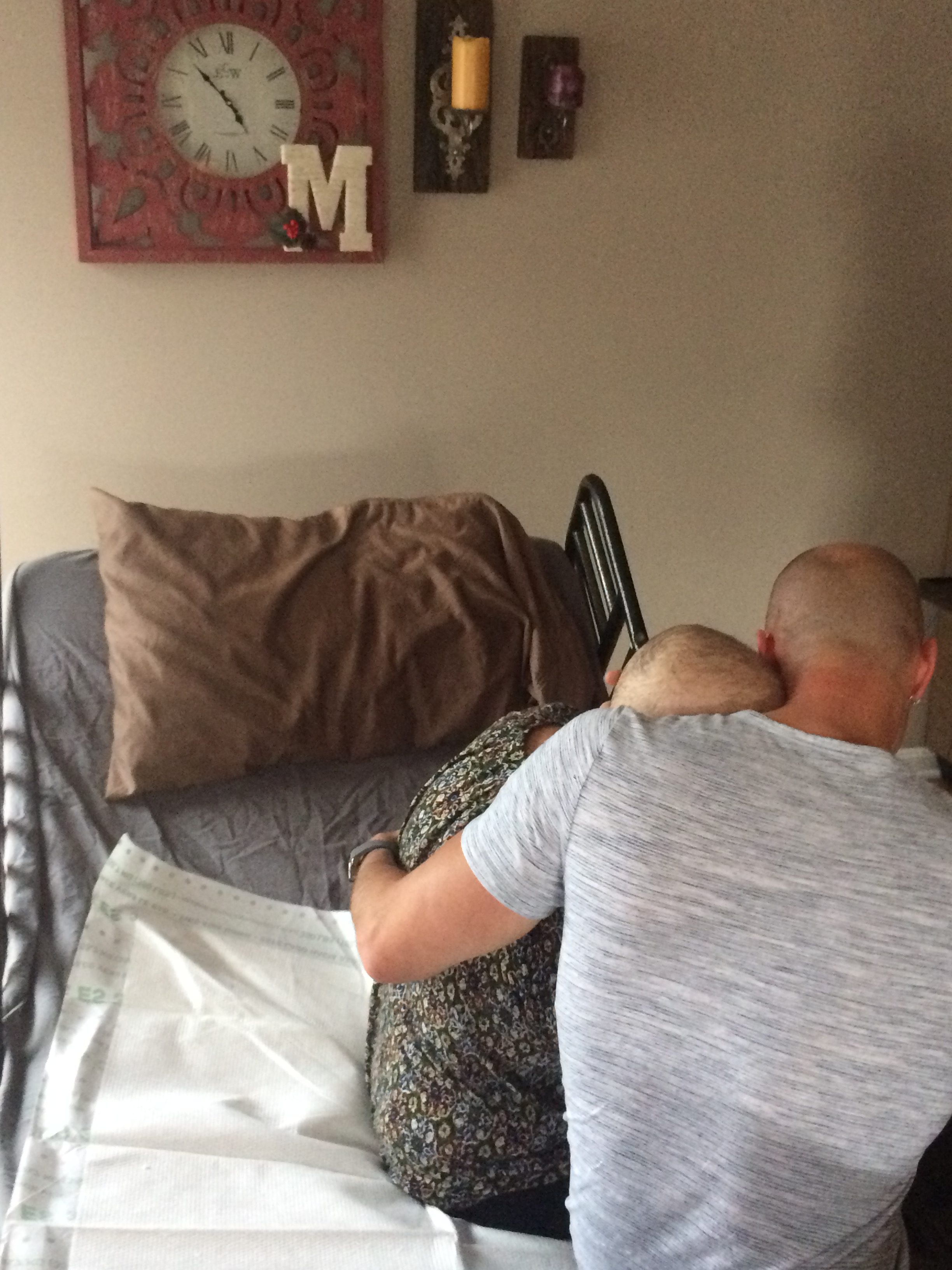 This was the saddest part of the meeting for me. It was also the most helpful. It’s in these moments that we are tempted to ease the pain by saying, “She’s still with me. She’s here. She knows. She’s watching.” But the truth is, I can’t get to her. And that painful truth is the essence of my grief. I just can’t get to her.

There are moments when the glass is neither half-full nor half-empty. It’s just divided. Incomplete. Split in two.

This man had lost his mother—a woman near and dear to him. And so I welcomed his painful truth. I hated it and loved it all at the same time. It relieved and burdened me. God is this way sometimes—makes us feel so alive that it becomes hard to breathe in this world.

Thank you, friend. For being honest.

The last person to speak kept shaking his head, saying, “I don’t know. I just don’t know how this all works.” He was confused by it too. Yet in this moment, while watching him squirm—watching him fish for words to explain the appalling loss of a loved one—I felt less alone than I had in a very long time.

Finally, he looked up at me, still shaking his head, eyes narrowed, and said, “It’s not really pain, is it? It’s just…that word isn’t right, ya know? It’s sorrow, isn’t it? Yeah…that’s what it is. It’s just…sorrow.”

At the end of the meeting, we stood in a circle and prayed this prayer together:

God, I offer myself to Thee to build with me & to do with me as Thou wilt. Relieve me of the bondage of self, that I may better do Thy will. Take away my difficulties, that victory over them may bear witness to those I would help of Thy Power, Thy love & Thy way of life. –3rd Step Prayer, AA Big Book

We left the church, drove across town, and ate greasy food together at a local diner. The waitress who serves our food there is overly familiar—she’s quippy, laughy, and hugs whoever her sarcasm gets the best of.

Trina is gone. That’s the truth. But there are people all over the place who remind me of her.

“Get the Monte Cristo,” she told me. She wasn’t asking. “It’s real good,” she said, and started writing it down before I had a chance to disagree. Bossy…Trina. Confident? Yes. Fun? Always. 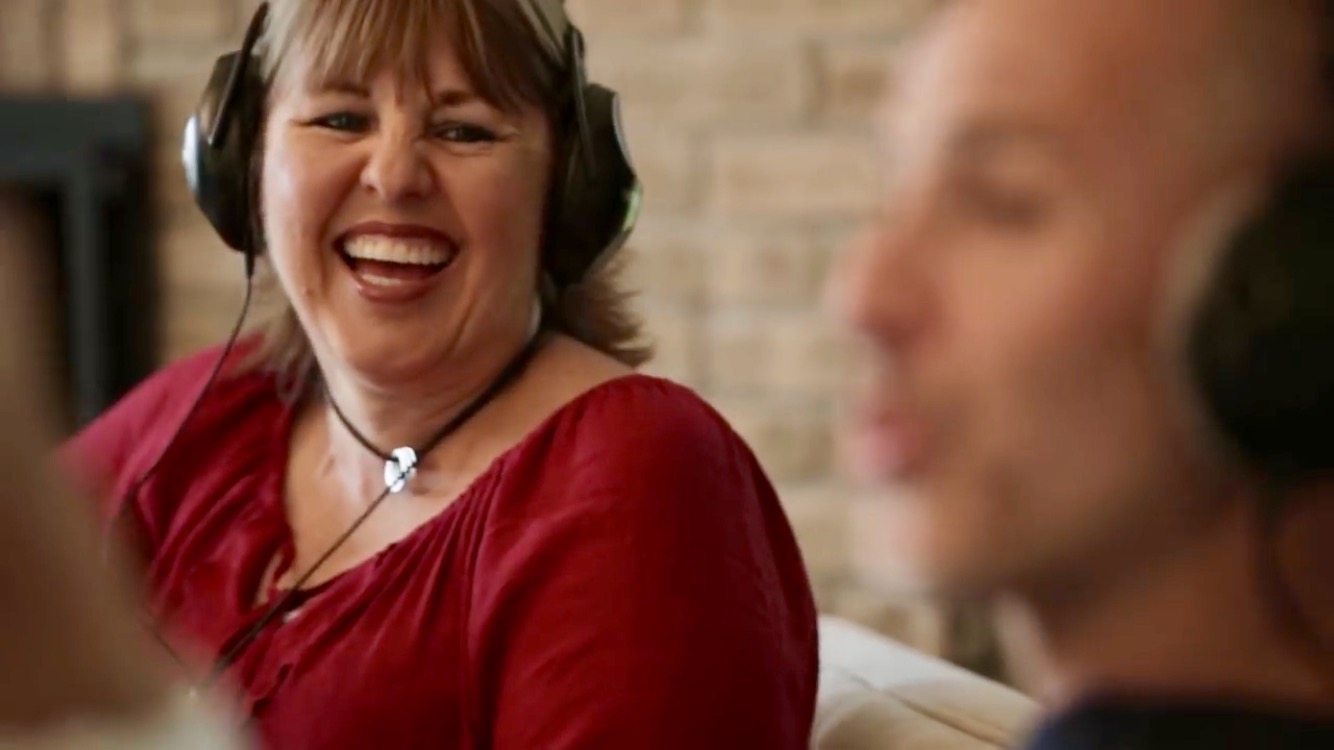 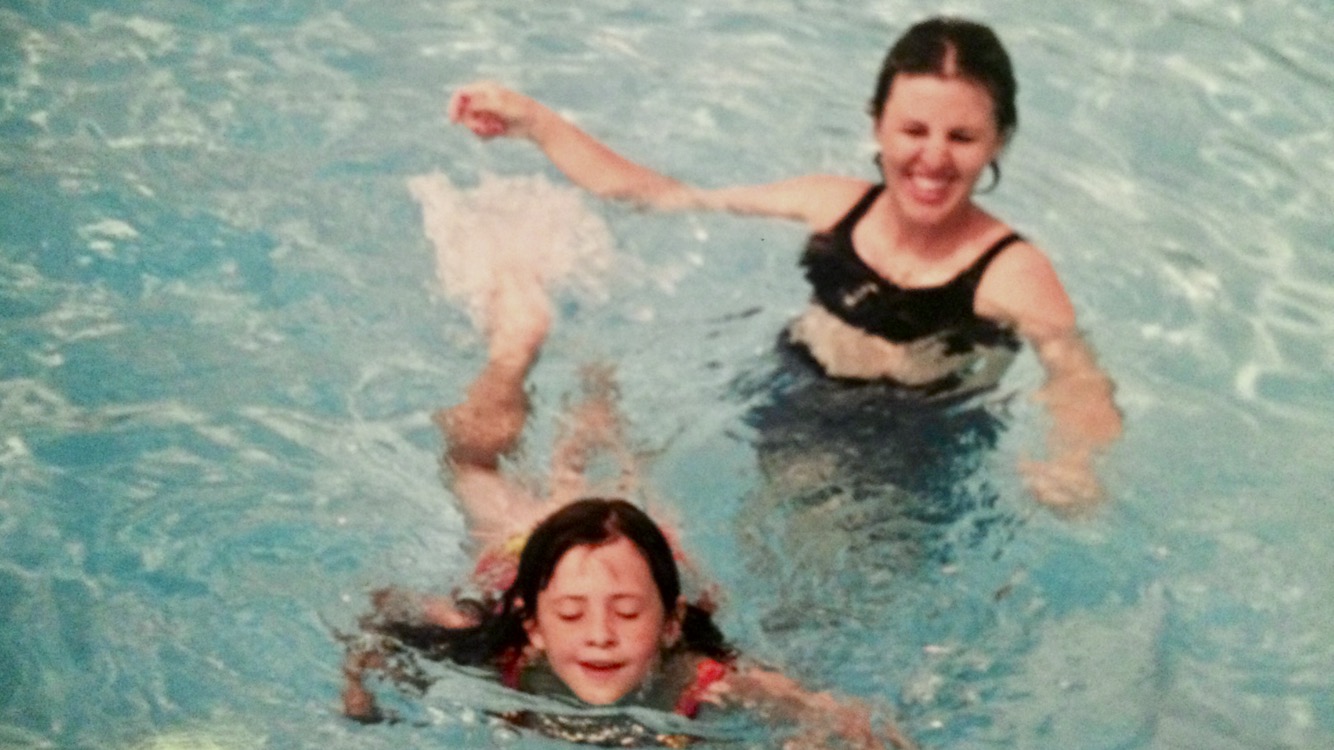 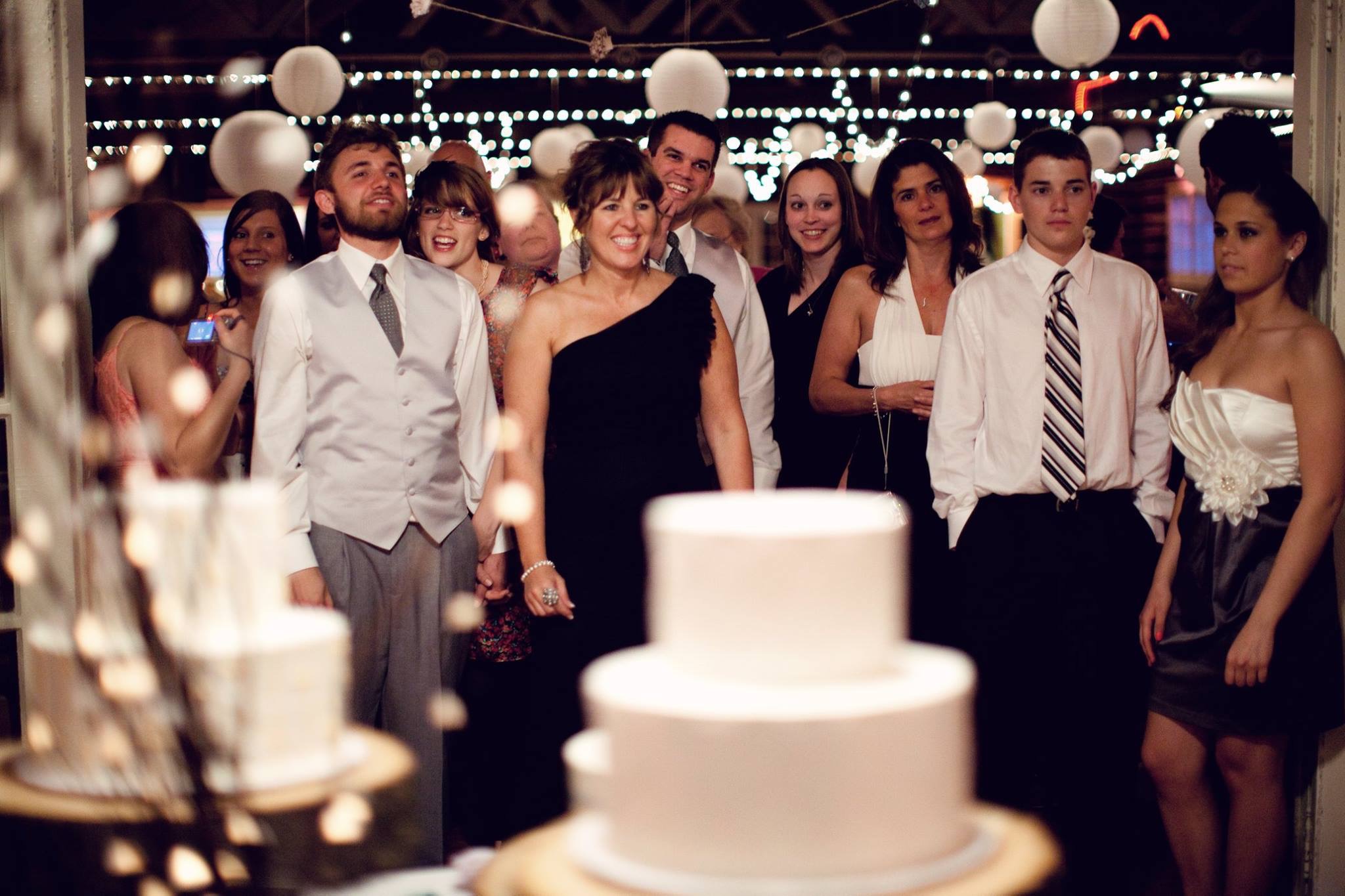 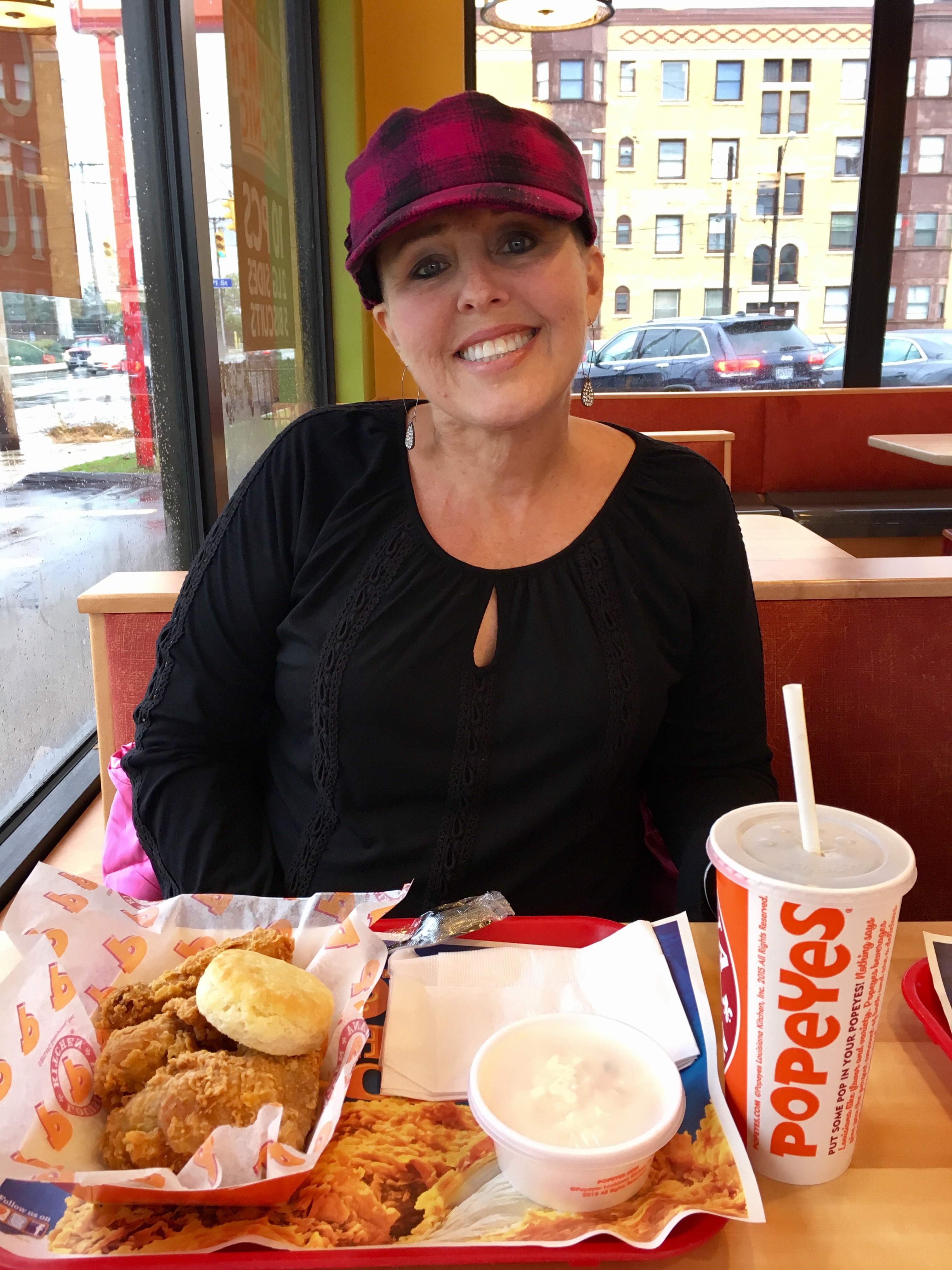 “Will do, Sister,” I said back. “I’ll go with the Monte Cristo.” Her smile and wink sealed the deal.

I haven’t yet written the letter to my sister. I don’t know that I will. I wouldn’t know what to say, outside of, “We miss you. We love you and aren’t as good here without you. But God, we are trying so hard.” That’s about the truth of it. One day we’ll be better. But today, this clutch on our hearts, this churning of pain…this is how emptiness sings.

Have a listen at my friend’s (Christa Wells) all-too-gorgeous song, How Emptiness Sings. It’s a top ten of mine…of all time.