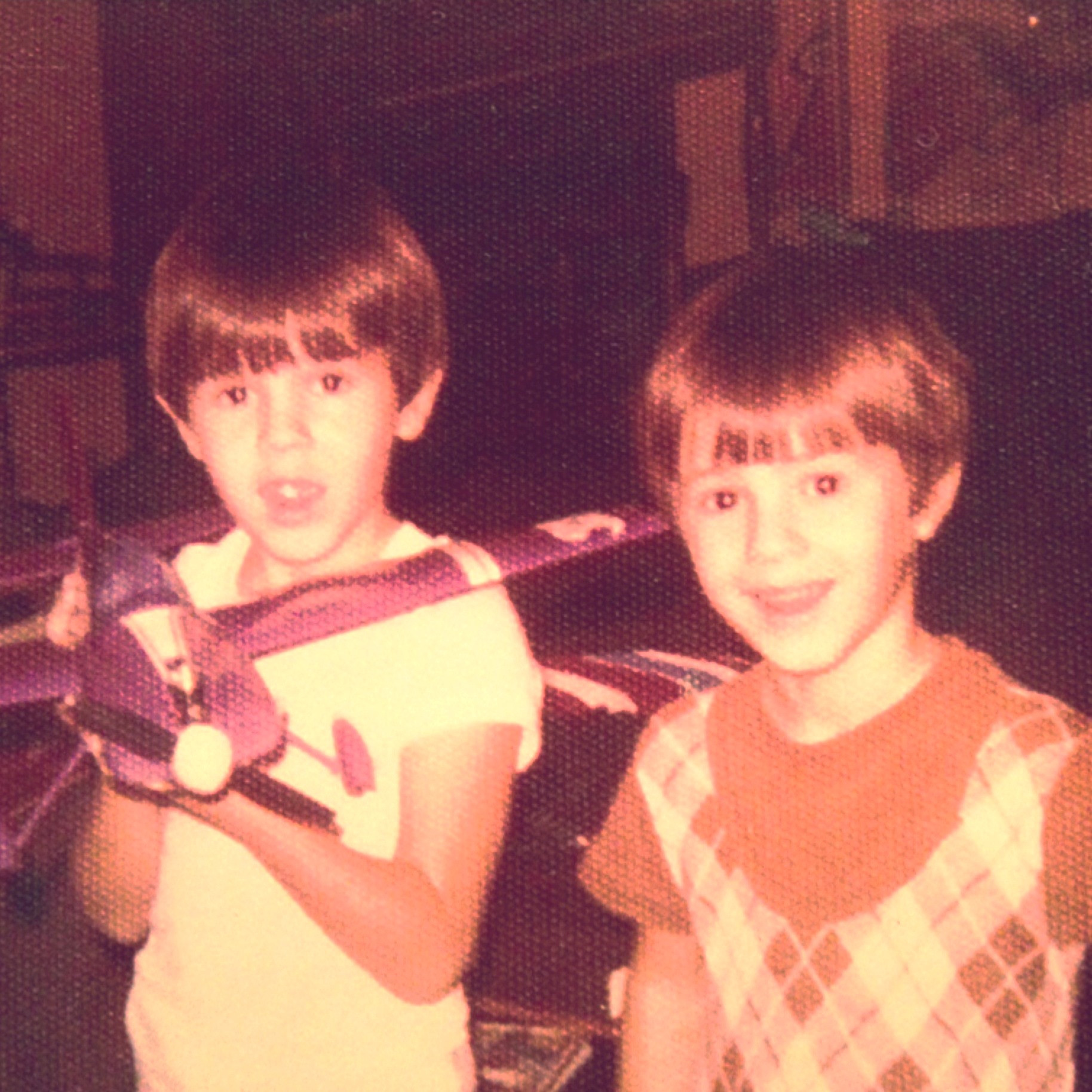 Redemption has always been built upon tragedy and ruin – it is linked to our past and if we are to be redeemed at all, we must never ignore it.

I rode my bike tonight – first ride of the year.  I wore a pair of camo army fatigues that belonged to my late brother who passed away on June 14th, 1992.  It seems odd that it has been almost twenty two years since I’ve seen him.

A few pieces of his clothing and the flag that blanketed his coffin were all that was left behind it seemed.  But there were other things as well – an unborn child for one, as well as the pain from what had happened to us as children.

He took his pain with him and he would certainly rest in peace, for which I was so grateful.  But my pain would continue to live inside me while I carried it around for nearly two decades.

But why the fatigues?  I mean, who wears a dead man’s clothes?

I wore his cloths because tonight, my brother, Tim, needed to be…alive.

Before I hopped on my bike, Tim’s daughter, Ashley, who was born just seven months after he passed away, called to tell me that her sweet boyfriend had popped the question and they were getting married.  I am excited for them immensely.  I know my brother would be so proud, and I know they are going to have a wonderful life together.

As soon as our call ended, I thought of Tim.  How could I not?

Someone will walk his daughter down the aisle, though I wish I could exhume his grave so that he could do it himself, so that he could be there for her.  If he was able to have one more day in the living I’m sure his daughter’s wedding would be the day he would choose.  Though I would only want him back for that one day, because life was never easy on him.

There is a backstory for us all just as there was for Tim.  Growing up under the same roof, our stories were mostly the same on paper.  But as we flipped through the pages of our lives, moving into the back half of the book, two roads diverged in the wilderness.  Mine headed for the dusk, then darkness, but would eventually find the morning sun, while his grew only darker until it reached a dead end where he could no longer move forward.

Our former stepfather was a sexual predator and brought his stink into our home when we were less than five.  What he did to Tim, Tim did to me.  We were exceptional secret keepers until our secrets caved in on us like a house of cards.

“I won’t talk about this with you,” he told me one night in college when I thought it was time to face the truth of what had happened.  “I’m not kidding.  Don’t ever bring it up to me again.”

Six months later he was gone.

I stared at him in his casket.  I was twenty one years old at the time.  I knew every inch of him…brothers, lovers, secret keepers.  He was gone and had taken our secrets with him, it seemed, so I didn’t know what to do with our story.

He took his pain, he took his fear, and all the shame that had come in his twenty three powerful years.  Most of his demons had gone to the grave with him, though I carried a few of them around in his absence.  And for years, they worked me over in silence.

I would marry, have children, become an alcoholic, try to cope, fail miserably, and finally…

Bad therapist number one was scarred himself – he never told me this but he wore his pain just beneath the surface of his skin.  It takes one to know one and I recognized him the second I stepped into his musty gray office.

Ten years later, it was time.

“I’m telling you everything,” I said to therapist number two.  “Let me know if you can’t handle it and I’ll find someone else, because I can’t carry this load any longer.”

Three years.  Stories told, tears shed, memories unearthed, secrets whispered, the past, the present, the lies, the truth, the hate, the love, the broken, the mended.

I am now well aware that I never will put the past away.

I cannot start over by changing the introduction of my story.  Where I began will always be the beginning for me – my beginning.  And it’s going to be okay.  I will be just fine, maybe more than fine.

The expectation that one day we might be made new is a resentment in its first trimester.  And if we’re not careful, eventually we’ll take a few cleansing breaths and give birth to that resentment, pushing it right into our spirits.  We can certainly REnew our minds, and surely our souls can breathe in fresh air, but how our lives started, where our story began, is and always will be…back there.  Our memories do not exist in the past – they live in the present…with us… and they always will.

My beginning in life, the opening to the story of WHO I AM, must be welcomed into the present.  It is only when we acknowledge and understand what happened, that our pain can become a beautiful scar that others will want to see and touch and hear about.

One day they will sit at our feet, run their fingers over each one and want to know what atrocity befell us that had only enough power to form itself into this small piece of damaged skin – this puffy line that is only a small island in the vast ocean of our greater purpose and story – this place where our pain has been marooned, but not our purpose, and never our redemption.

“Uncle Matt, will you marry us?” Ashley asks, beaming from the other side of the phone.  “I want you to marry us.”

After we got off the phone I put on my brother’s camo fatigues and rode my bike through desolate spring cornfields, knowing that in only a few months these empty fields would be redeemed and filled with life…same as me.

“I will,” I had told her.  And I told her how proud I was.  I told her I would do whatever I could to make her day wonderful.

This day was twenty two years in the making.  I’ve carried around my broken brother for so long, so often burdened that his life was what it was.  But today I could hear his voice on the other end of the phone – and in it the hope of second chances.  I was able to release the future that he never had into his daughter’s life, trusting, hoping and believing that she will make something beautiful of it.  In fact, she already has.

Our life before this moment is over and gone, but the past is still there, seeking to avenge itself.

We fear the memories will pull us in completely if we tip our hats to them – that they will overtake us and we’ll live their reality over and over, perhaps forever.  But it is only when we pretend it didn’t happen (or didn’t matter) that we are truly living in the past.  If we honor the past by accepting that it is a part of who we are, the day of reckoning that we have waited so long for, will surely come to us.

Redemption IS built upon tragedy and ruin – it IS linked to our past, so we cannot ignore it.  Yes, the old has passed away, but we can never put the past away.

*(to read about the wedding ceremony that happened 8 months later, CLICK HERE and read, The Best of Him (A True Story of Redemption) 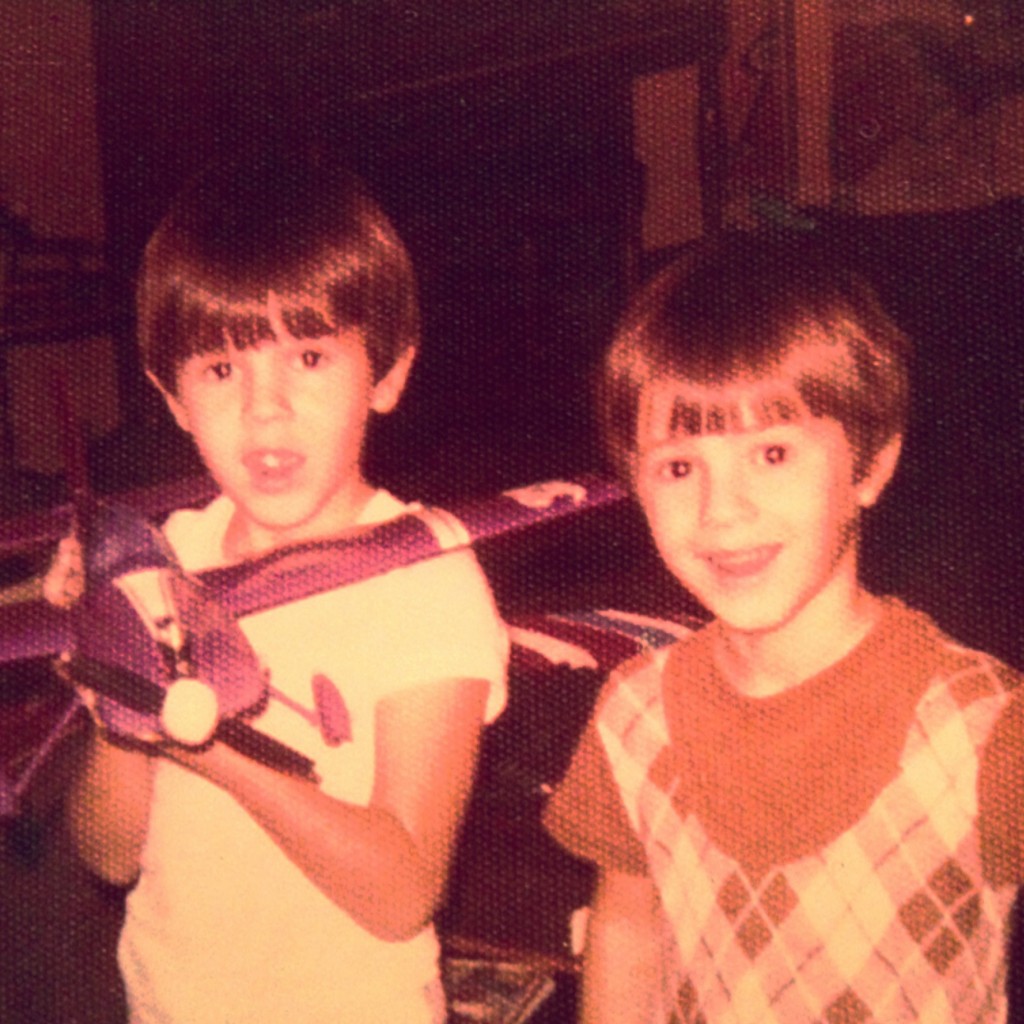 Check out my book: FINDING GOD IN THE RUINS here. 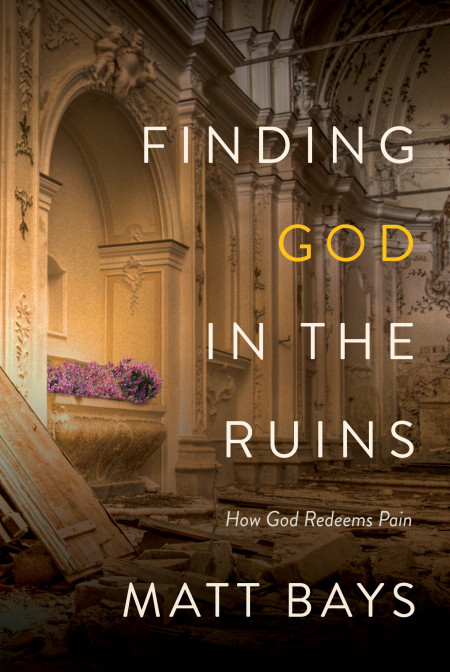 OR, watch the book trailer. 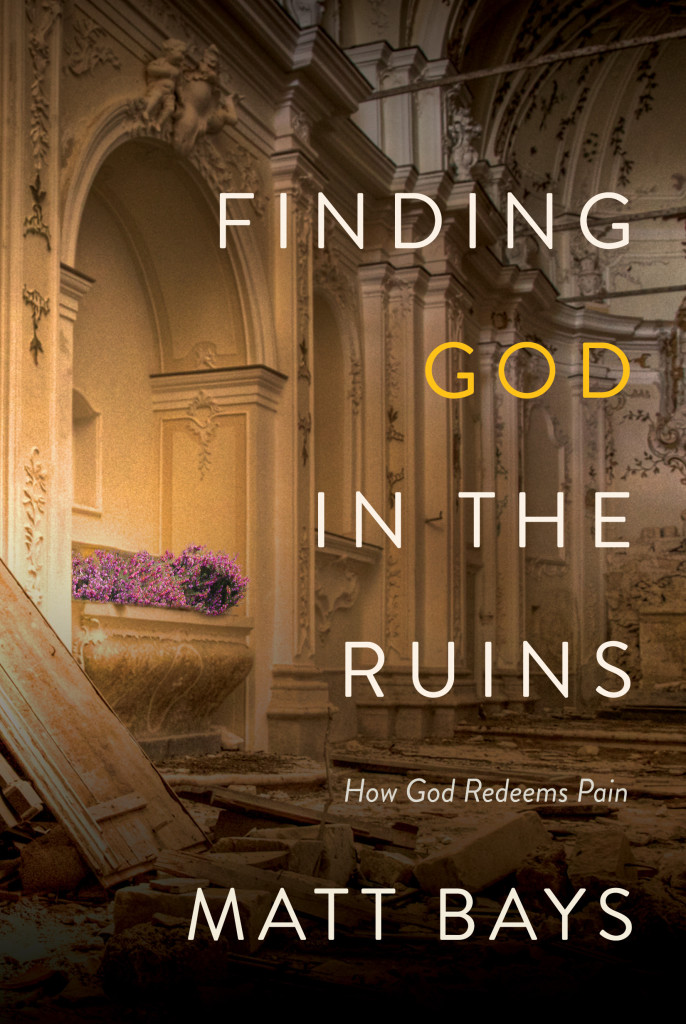 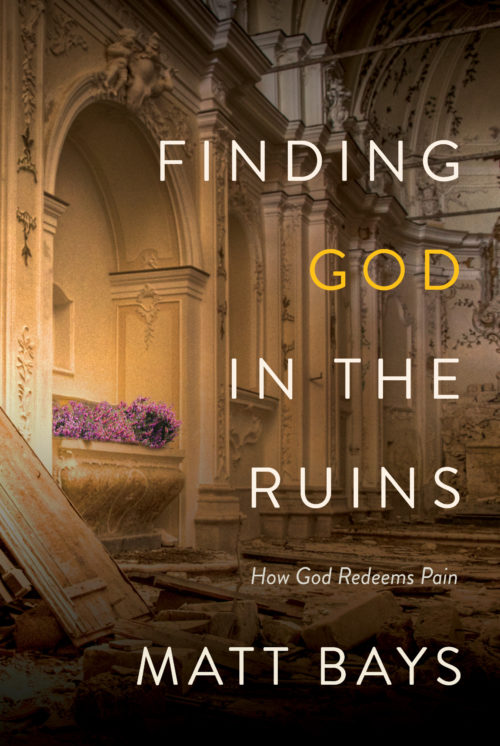